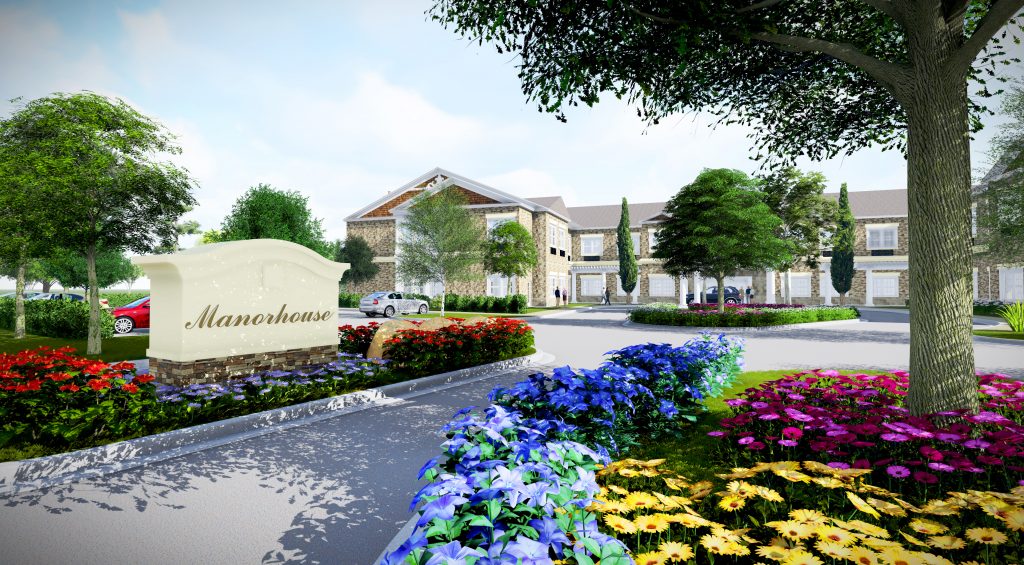 Another senior living complex is in the works in the Short Pump area. Renderings courtesy of Manorhouse.

The big-money trend of assisted living facilities is spreading out toward Short Pump.

Manorhouse Assisted Living plans to build a $20 million facility at 13500 N. Gayton Road called Manorhouse North Gayton. The 10-acre campus will be the first the company has managed in Richmond for more than a decade.

Founded in 1994, Manorhouse has owned several facilities in Richmond and the mid-Atlantic region, building 18 properties in an eight-year period. When the venture capitalists that had invested in the company decided to sell in 2002, CEO Ken Newell struck out on his own.

“We’re ready to grow again, and this time we want to maintain the controlling interest in the company so we can grow at our own pace and manage it in a fashion that we feel is appropriate,” Newell said.

“We’ve been looking for acquisition or development opportunities here for a good while, but we had the ability to be picky,” Manorhouse COO Jim Bonnell said. “We wanted to make sure that we chose the very best that we could.”

Construction on Manorhouse’s third facility should start this summer. The company purchased the 10 acres in August for $1.6 million, according to Henrico County records. 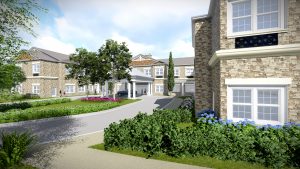 The entire development is expected to cost about $20 million.

The campus will include nine age-restricted homes to be built on the back of the property near other residential neighborhoods, as well as independent living cottages and a 90-unit assisted living facility.

Manorhouse is still in talks with lenders for financing on the project.

The company worked with the county’s Planning Commission and neighbors to nail down development plans, Bonnell said. The commission approved the plans last week, and Manorhouse will seek approval from the Board of Supervisors later this month.

Bonnell said construction should take between 12 and 14 months. The company is in the process of selecting a general contractor and it has not yet picked a builder for the homes.

The houses will be about 3,000 square feet each and sold individually, most likely starting at around $500,000.

The 35,000-square-foot assisted living facility will be the main focus of the campus, Newell said. It will include a memory care wing for residents with Alzheimer’s disease and dementia and should support a staff of about 70.

The West End was an ideal area for Manorhouse, Bonnell said. The site’s proximity to retail locations in Short Pump, residential neighborhoods and highways were major draws.

“There are a lot of good things happening out that way, and it’s obviously a very good area demographically, plus we know the market very well,” Bonnell said. “Location is critical, so we’ve been waiting a long time to find a really prime location for a project like this.”

As Manorhouse returns to Richmond’s assisted living market, it will join a slew of other companies that have set up shop both within the city and in surrounding counties.

The Memory Center is digging into Chesterfield County, as are Commonwealth Assisted Living and HHHunt. Kansas-based Bickford Senior Living is moving in with two facilities in Chesterfield and Henrico counties, and Greenfield Senior Living has settled into the historic Shenandoah Building on North Allen Avenue.

The population is aging and our bodies are outliving our minds. We’ll need more and more of these facilities for all income levels.