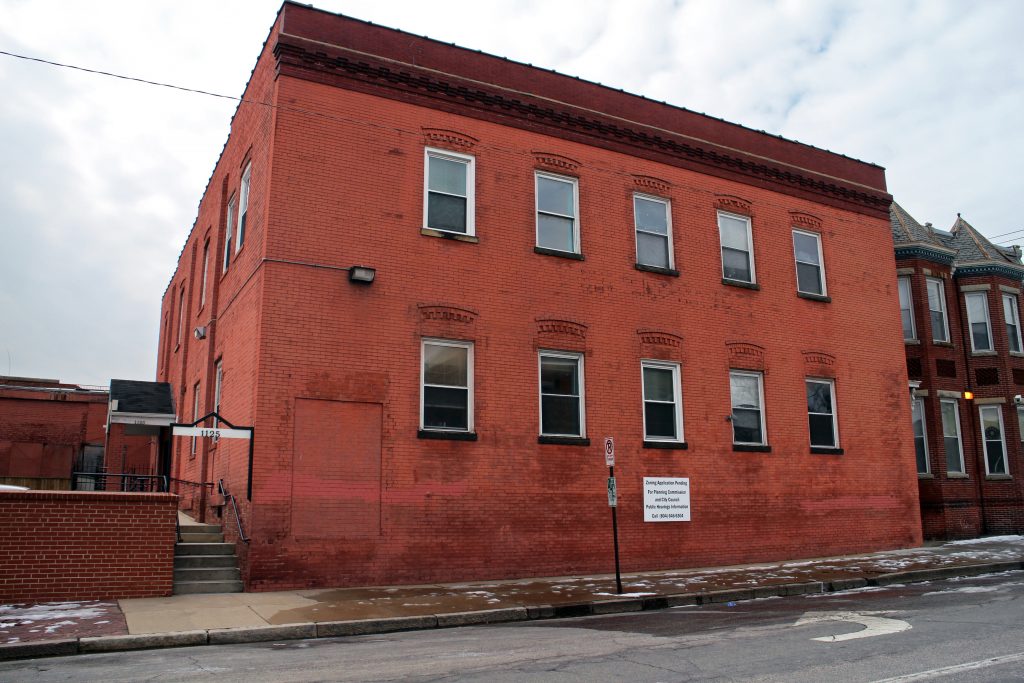 The New Clay House at 1125 W. Clay St. is set to be renovated and expanded. Photo by Katie Demeria.

A local nonprofit got the go-ahead on Monday on an eight-figure plan for an expanded permanent housing facility for the homeless.

Virginia Supportive Housing can now move forward with its $12 million project that will upgrade and nearly double the size of its New Clay House at 1125 W. Clay St. in Carver. It received approval for the project yesterday from the Richmond City Council and Planning Commission.

The New Clay House offers permanent living situations in one-bedroom apartments to local homeless people. The building was last renovated in 1992, when VSH moved in.

The New Clay House focuses on what Deputy Executive Director Kathy Talley called the “chronically homeless.” Tenants sign leases for their own apartments, and most are single men and women with an average age of 52.

“What we’re doing is a matter of life and death,” Talley said. “These people are considered vulnerable, which means they’re likely to die on the streets.”

The New Clay House’s current building sits on only a portion of a plot at West Clay and West Harrison streets. The new facility will take advantage of almost the entire piece of land that comes in at a little more than a half-acre. 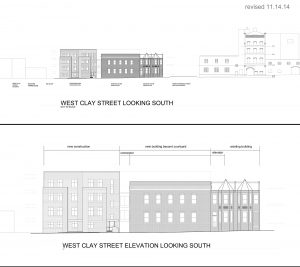 The addition will replace a burned, abandoned warehouse on the back of the property and the current parking lot. It will increase the facility’s size from 18,000 to 35,000 square feet.

And the project will push the total number of one-bedroom units from 47 to 80 and create underground parking with 26 spaces.

Plans also call for renovations to the existing facility. Each unit will be doubled in size to between 350 and 380 square feet. The apartments will also include individual kitchens and bathrooms so residents will no longer have to share those facilities.

“It will help them develop their own independence,” Talley said.

Potential residents in the New Clay House are referred to the VSH through local housing authorities as units become vacant. All residents must be single, at least18 years old, homeless and able to independently maintain their residence.

VSH plans to finance the project using a mixture of loans and grants and will be helped by low-income housing and historic tax credits. Without those credits, Talley said, the group would not be able to complete the project. It’s still waiting on approval for the tax credits.

The organization is planning to put out bids for a general contractor.

If all the tax credit approvals come into place, the work should start in June 2016 and is likely to take between 12 and 14 months.

The project passed unanimously at Monday’s council meeting. Earlier in the day, local residents spoke both in favor and against the project at a Planning Commission meeting.

Those in favor were supportive of the work to help alleviate homelessness both within the city and in surrounding counties. Those opposed, including some nearby property owners and residents, referenced density and safety issues. The Carver Area Civic Improvement League sent a letter of support to the city regarding the project.

Founded in 1988, VSH supports about 160 housing units around Richmond. Its most recent tax forms report revenue of about $8.6 million and expenses of about $6.3 million in 2013, according to Guidstar.com.

Correction: A previous version of this story incorrectly reported that VSH’s 2013 expenses were $2.3 million. They were $6.3 million.