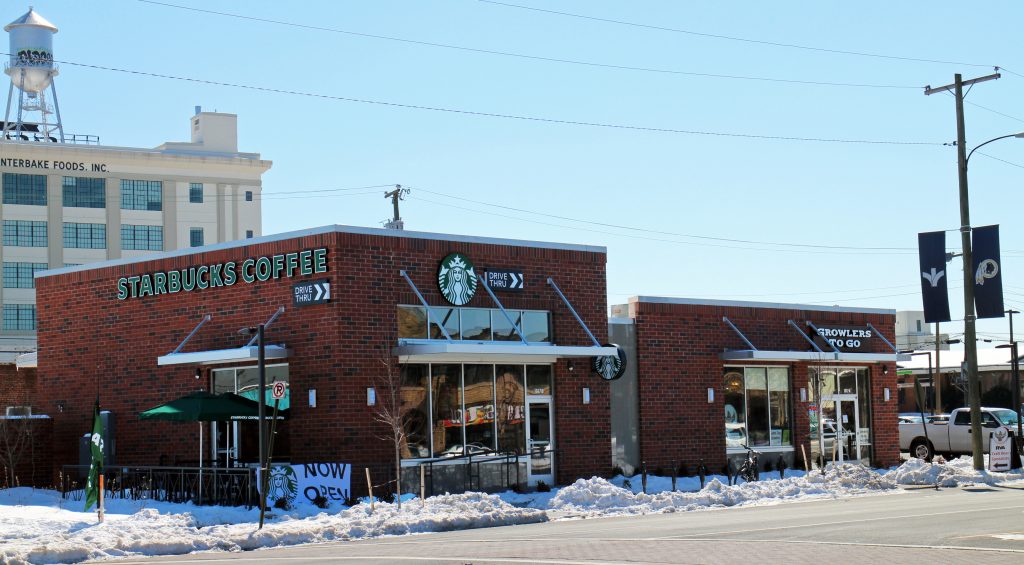 A Starbucks and beer startup have both opened on a newly developed Boulevard lot. Photos by Michael Thompson.

A national coffee chain is warming up the Boulevard.

A new Starbucks opened Feb. 20 at 1017 N. Boulevard near Scott’s Addition and the Diamond. It joins beer shop Growlers To Go in a newly built strip developed by Charlie Diradour on the site of a former Kangaroo gas station.

Diradour said the Boulevard Starbucks serves pour-over style coffee as well as blends from the company’s “reserve” line. The store is 1,850 square feet and has a drive-thru window.

There were already about 50 Starbucks locations open in the Richmond area, according to the company’s website. The chain’s store at Stony Point Fashion Park closed about a year ago.