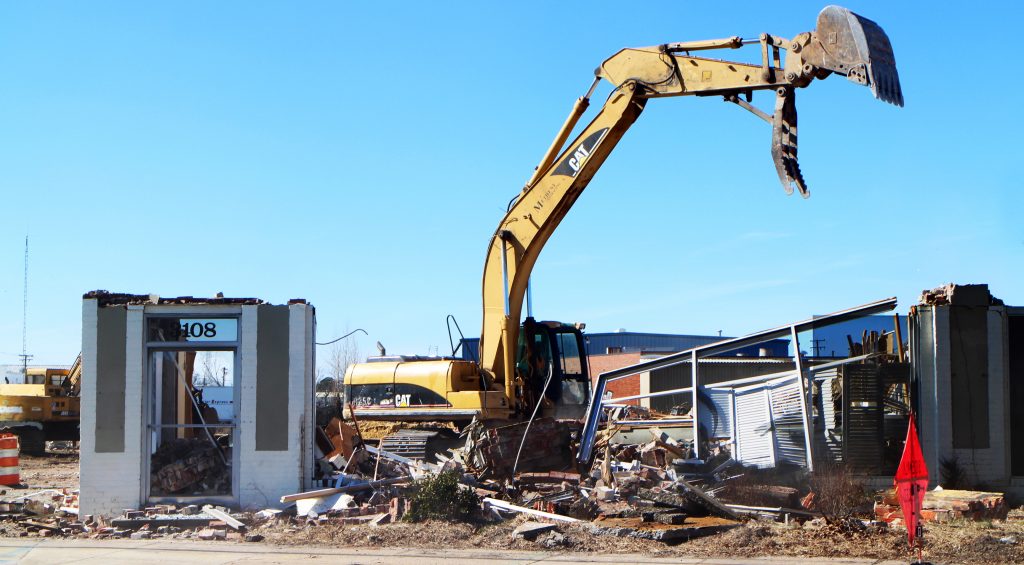 A longtime Richmond developer says he’s pinpointed the city’s next “land of opportunity” – and he’s getting in on the action.

J.F. Williams III, a retired commercial real estate broker from Harrison & Bates, has snatched up a handful of parcels along North Boulevard, taking control of the stretch between Arlington and Ellen roads for potential redevelopment.

Williams has since razed the buildings on the 3-acre site, including a former Bill’s Barbecue location and the Shenandoah Shutters building at 3100 and 3108 N. Boulevard, respectively.

Bill’s closed in 2012 after 80 years in business, and Williams was involved in helping the restaurant chain sell its remaining locations. He decided to purchase the Boulevard location himself.

“It has opened my eyes to the major change that is taking place within central Richmond,” he said. “Right now there is a kind of vacuum – there’s a void in significant development – and as it’s worked out, the interchange of 64 and 95 on North Boulevard all the way to Broad Street is the land of opportunity.”

Williams bought the 1.4-acre Bill’s parcel in 2013 for $1.2 million, then he and partner Chris Snow purchased the four adjacent parcels last summer for a little more than $1.3 million.

Demolition on the Shenandoah Shutters building has been going strong in recent weeks. 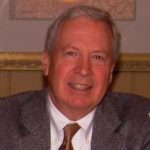 Williams and Snow intend to develop the 3 acres and are in talks now with tenants. Williams said two or three businesses will occupy the space, possibly a gas station like Sheetz or Wawa, a fast food restaurant or drug store. Williams said he has a handful of good prospects.

The work should be completed and the tenants moved in within the next two years.

“We’re looking to make a long-term investment,” Williams said. “We’re not there to flip the property, we’re there to do something that would be complementary and helpful and would begin to help set the tone for something bigger.”

Developer Charlie Diradour recently transformed a nearby former gas station on Boulevard into a new retail strip with a Starbucks and Growlers To Go beer shop.

The city in recent weeks has been demolishing the buildings from its former truck maintenance yard next to the Diamond in order to clear land for future uses.

And another Bill’s Barbecue location just to the south at 927 Myers St. will be cleared to make way for an Aldi grocery store, according to the Richmond Times-Dispatch. Midlothian development firm Rebkee Co. owns that property.

Rob Hargett, a principal with Rebkee, said he hopes the company will start construction on the grocery store within a year. Rebkee will retain ownership of the land, and Aldi will construct its own building.

He said the company is also seeking an entertainment-type tenant to lease a 45,000-square-foot warehouse on 3 acres next to the Interbake cookie factory that Rebkee recently converted into lofts.

Williams said mixed-use development on North Boulevard is a necessity for the city, and he and Snow plan to remain involved. They are continuing to look for more land to purchase in the area.

“Downtown has really gone to institutional use, meaning state government, city government, medical complexes including MCV and all the large corporate offices,” he said. “The market needs more retail; otherwise, people will keep going to the suburbs.”

Williams had a hand in creating some of those suburban shopping developments. Having worked in commercial real estate for almost 45 years, he helped assemble land and draw in tenants for what are now the Innsbrook and Short Pump areas in the 1970s and ‘80s.

“Sometimes if you stand back far enough and look at something over a time frame, you can really anticipate the potential,” Williams said.

YES, YES, YES we need more retail in the City, and on the Boulevard in particular.

However, I would respectfully say that fast food tenants are NOT what we need. There are McDonald’s, Hardee’s, Starbucks, and Subway there already. Adding any more would compromise that area’s character.

Jeff,
This is exciting news! I wish you every success!

There’s no finer gentleman in the business than Jeff Williams and he knows his real estate as well. The Scott’s Addition/ Boulevard location is superb and just screams for more retail and community services. I look forward to looking back at the explosive growth that will have ocurred along that corridor over the next ten years.

This is great news for an area that seems to grow more exciting by the day.

I hope that Mr. Williams will work with city planners and the design committee to adapt the retail to an urban model: buildings hard along the sidewalk with parking lots on the interior for example.

A Sheetz or Wawa could be flipped so that the giant gaspump shed and lot is on the interior.

The Boulevard is getting a very cool vibe, so it would be a shame if it became just another suburban-style strip of parking lots.

I was so excited… until the details – gas station, fast food and/or drug store. What?! We don’t need those. Maybe if it’s Chipotle or something healthy.

I believe most of us us Northsiders would love to see restaurants, shopping, entertainment.

Personally, I believe the Boulevard would make for a unbelievable arts and entertainment district.

As a Fan resident, I am excited about the possibility of redevelopment on the Boulevard, but NO, we really don’t need more drug stores, fast food and gas stations. The intersection of Boulevard and Broad St. already has a CVS, Subway, Chanello’s, Hardee’s and two gas stations—and it’s an ugly intersection that, quite honestly, feels unsafe! How about some creative thinking instead of the same old ubiquitous chains, soulless strip malls and big box stores that destroy the unique character of our neighborhoods. The area already has a baseball stadium (which I hope stays there), the Arthur Ashe Center, baseball… Read more »