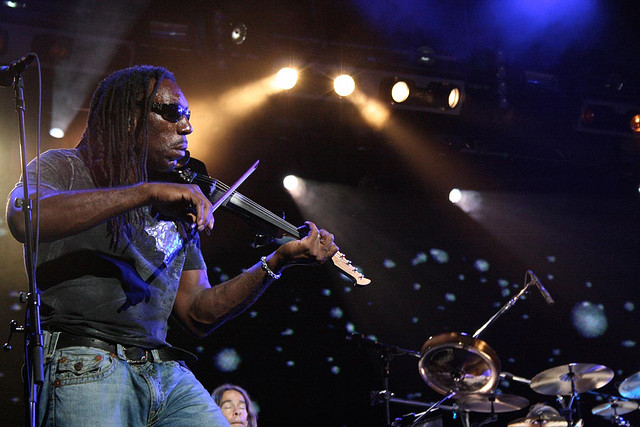 The odd tale of a recently imprisoned local businessman and the rock star client he defrauded has weaved its way back to court.

Richmonder Getty Andrew Rothenberg, who for more than a decade handled the finances of Dave Matthews Band member Boyd Tinsley, sued the musician last week in Richmond Circuit Court and seeks more than $10 million in damages.

Rothenberg alleges in the March 9 suit that Tinsley caused him to lose out on business with entertainers and professional tennis players such as Andy Roddick. He claims Tinsley sabotaged his business, in part because Rothenberg knew of sordid aspects of Tinsley’s personal and sexual life that he wanted to keep under wraps.

“I want to be financially compensated for the business he cost me,” Rothenberg said in a phone interview last week.

In a swift response the same day the case was filed, Tinsley’s attorneys asked a judge to strike Rothenberg’s allegations and have him file a new complaint containing only relevant claims.

“The present action represents the latest effort in an ongoing course of conduct by Rothenberg to harass, harm, and extort money from Tinsley,” the motion argues. “The complaint contains numerous inflammatory and lurid allegations purportedly relating to Tinsley’s personal life, all of which are extraneous and unrelated to Rothenberg’s purported causes of action.”

In a prepared statement sent through a representative last week, Tinsley denied the lawsuit’s claims.

“I trusted Andy, he was an important part of my life, and in return he stole from me,” Tinsley said in the statement. “Now, after his jail term, he is desperately lashing out with outrageous and false accusations, a work of pure fiction, in an attempt for more money.”

The bad blood between the two men was first made public in 2013, during the criminal case that ultimately convicted Rothenberg of one count of felony wire fraud for skimming millions of dollars from Tinsley’s bank accounts while serving as the musician’s finance manager.

Rothenberg eventually pleaded guilty and was ordered to pay $1.25 million in restitution to Tinsley and sentenced to nine months in a Petersburg federal prison, nine months in home confinement and three years of supervised release.

Now on the offensive with his own lawsuit, Rothenberg argues that Tinsley acted to prevent him from building a business relationship with Roddick and others – well before Rothenberg was charged with any crimes – out of jealousy and punishment for trying to maneuver outside of Tinsley’s inner circle.

“Tinsley wanted Rothenberg exclusively devoted to and dependent on Tinsley,” the suit claims.

The 19-page suit hinges largely on the argument that Tinsley acted out of fear that Rothenberg would present him in an unflattering light with his knowledge of Tinsley’s personal life. Rothenberg describes in bizarre detail Tinley’s alleged “sexual conquests” and “a world which (Tinsley) currently calls Narnia.”

Tinsley is represented by Michael D. Mueller, Henry Willett and Harrison Gates of Christian & Barton, according to court filings. A call seeking comment from Mueller was directed to a representative for Tinsley.

Also getting pulled into the fray is Richmond attorney D. Hayden Fisher. Fisher, according to court filings, had previously represented Rothenberg and tried to facilitate a settlement between him and Tinsley on Rothenberg’s behalf. Tinsley’s attorneys asked for sanctions against Fisher for his involvement leading up to the case.

Fisher on March 12 filed an opposition, arguing there is no standing for filing sanctions against him since he no longer represents Rothenberg and Rothenberg filed the suit on his own.

“Likely as a deterring warning to other attorneys, the defendant’s counsel seeks to sanction me because I was engaged by Mr. Rothenberg to provide legal services,” Fisher’s filing states. “The defendant’s sanctions motion against me is a huge overreach not well grounded in fact or law.”

Fisher also argued that Rothenberg’s allegations regarding Tinsley’s personal life are relevant to the civil, business-related claims in this latest case.

Rothenberg is seeking $10 million in compensatory damages, $350,000 in punitive damages and a jury trial.

A hearing on the case has been set for March 17.

This was a great laugh on a Monday afternoon. I could be wrong, but being a convicted felon of wire fraud may be the reason why his potential contacts backed out of securing him as a financial adviser. I could be wrong though… Furthermore, Rothenberg almost sounds like he’s trying to use news media and this lawsuit as extortion on Tinsley.

Whatever happened with this??