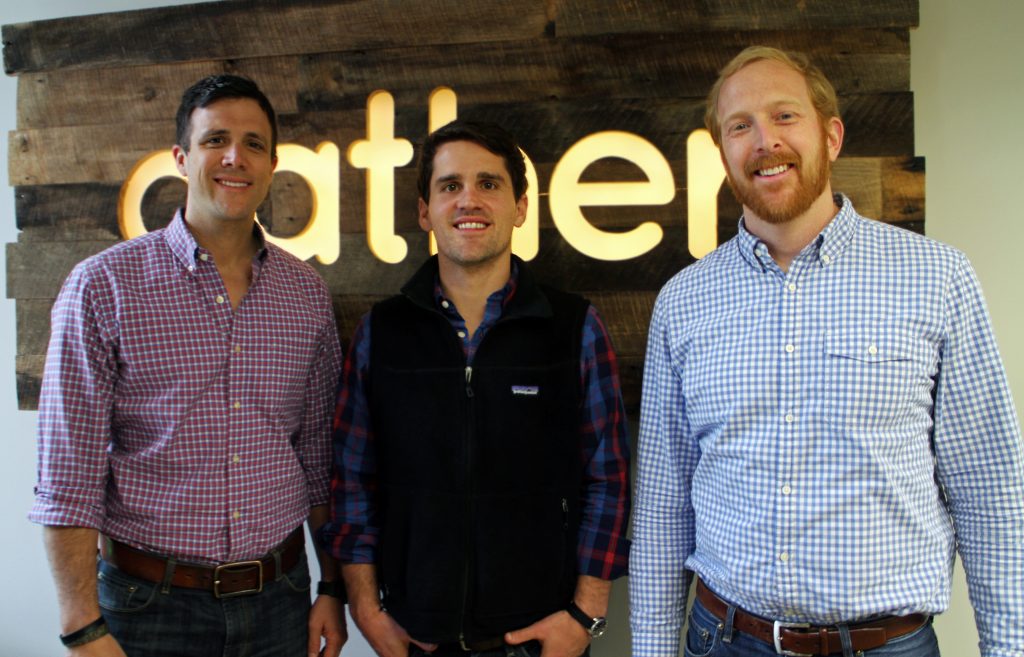 From left: Jeff Bunch, Evan Garrison and Andy Beach are revamping a handful of properties in Church Hill. Photos by Katie Demeria.

As some large developers focus on bringing more residents into Richmond neighborhoods, UrbanCore Development is working to make those neighborhoods livable.

UrbanCore, owned by partners Andy Beach, Jeff Bunch and Evan Garrison, has several projects in the works throughout the city and even more stewing under the surface.

According to Beach, UrbanCore tackles projects that bring needed amenities to some neighborhoods. It does mixed-use buildings, mostly involving retail or office space with a few apartments.

“A lot of these big apartment builders are bringing the people to these areas, and we want to try to focus on infilling that with the different amenities that will help make those areas more livable,” Beach said. 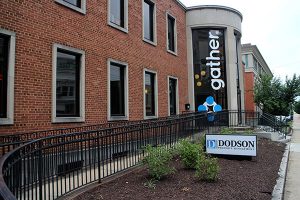 Those areas include Church Hill, Scott’s Addition and the downtown business district. UrbanCore already has Gather at 409 E. Main St. under its belt. The 23,000-square-foot co-working space has continued to grow, and individuals involved in 60 different businesses use the space. Gather is now looking to expand into a second location.

Other than larger projects like Gather, Beach said UrbanCore focuses on the smaller mixed-use buildings.

“We don’t want people to take a 10-minute elevator ride to get to their apartment,” Garrison said. “There’s some simplicity in those smaller buildings.”

One of those projects includes renovating the 4,000-square-foot building at 2025 Venable St. in Church Hill. UrbanCore will create a 1,400-square-foot commercial space downstairs and three 800-square-foot apartment units above.

The developer closed on the space in August, and Beach said it had 10 to 12 tenants express interest in settling into the first floor.

“Demand for commercial space in Church Hill is still very high,” he said.

Drew Dayberry of Roaringpines.com, a retailer of American manufactured products, will set up shop in the space by this June. Beach said it will be designed as a 1950s general store. 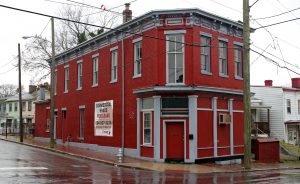 UrbanCore is working on redevelopment at 2025 Venable St.

UrbanCore plans to invest $500,000 in the project and is working with architect Todd Dykshorn.

And Beach, Bunch and Garrison are gearing up to start work at 320 N. 32nd St. as well, where they plan to build a 5,500-square-foot, mixed-use building with 1,600 square feet of commercial space on the first floor and two apartments above. UrbanCore will seek approval of a special use permit for the property in April.

Possible tenants for the commercial space vary, Beach said, but could include a new restaurant or a yoga studio. The total investment should be around $650,000. Dykshorn is the architect on that project, as well.

“We do feel that Richmond is poised for a lot of growth over the next five to seven years,” Beach said.

In addition to these three projects, Beach said UrbanCore has seven or eight other projects that have yet to be finalized. And with all this work keeping the company busy, he said it should double its revenue over the next year.

UrbanCore has hired two new employees this year, and it has plans to hire about five more.

“Like everybody else, we’re really excited about Richmond, and the demographic shift of people that want to come back to live in the city,” Beach said. “We want to capitalize on that and help make Richmond even better than it already is.”

The entreneurial spirit of these young developers is so refreshing! It’s terrific that they recognize the first floor commercial opportunities within the urban core and create amenity space the city needs to thrive. The first GATHER building has been a wonderful re-use of the Red Cross office bldg. let’s hope we see more of them in the future years.

Gather is a great prototype. So glad this talented group is planning to repeat their success elsewhere in the city. Keep up the good work!

Just a suggestion but maybe a 1920s theme for the 1910/20s commercial space could be used instead of a 1950s interior. Just a thought.

So glad to see investment on Venable Streets and its architectural jewel that are “real” buildings.

UrbanCore get it. Every old building has a story, and once they are gone, the building and it’s stories are forgotten forever. Instead of demolishing these wonderful old buildings, UrbanCore is remaking them into wonderful new spaces where they can continue to serve well the communities they are still a part of. The times may have changed, as have the people, but all crave familiarity in their daily routines. By repurposing the former residential structures into mixed use facilities-the neighborhood can remain a close knit community while still providing necessary work, entertainment, and living spaces. And a bit of history… Read more »