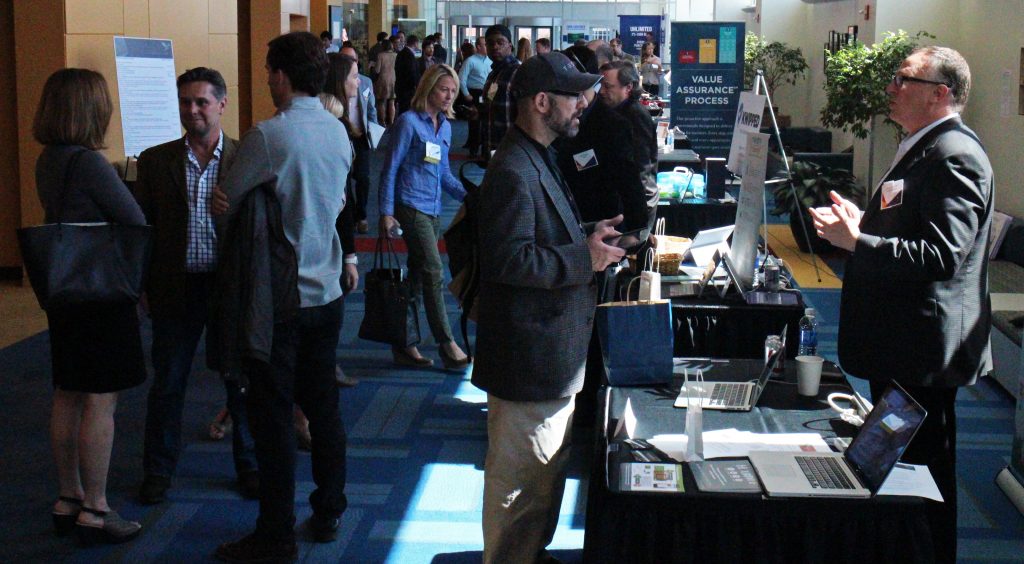 Startups and advisers met at the Capital One campus for a startup summit on Thursday. Photos by Jonathan Spiers.

Six years after holding its first event there – then called the Entrepreneur Fair – Venture Forum RVA returned to the Goochland County campus for its largest event yet, attracting an estimated 350 attendees.

A variety of panelists and presenters – including two from Microsoft – discussed different aspects of startups, from innovation through growth-company status, over the course of the nine-hour summit, which included speed networking sessions and several guest speakers.

“The real goal of the event is to demonstrate that Richmond is a great place for startup companies,” said Andrew White, summit co-chair and past president of Venture Forum RVA. “We have everything that a startup needs here. We have capital, we have advisers, we have that groundswell of young talent and energetic folks who want to join up with startup companies.

“And because of that, this event is really an opportunity to shine a light on some of those companies that are coming out of this community,” he said. 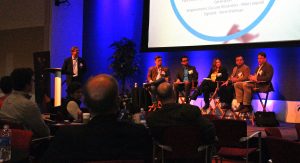 Since that first Entrepreneur Fair in 2009, White said the event has grown into a full-fledged summit, drawing entrepreneurs, venture capitalists and other attendees from throughout the region.

“About three years ago, we morphed the event into what I think was Richmond’s first true venture conference,” said White, an attorney with LeClairRyan. “We invited VCs and angel investors from throughout the region and beyond to attend the event, and by bringing those capital providers to the event, it allowed us to attract better startup companies from all around Virginia and beyond.”

Looking back at the event’s beginnings, Rich Reinecke, a past president of Venture Forum RVA and co-founder of The Fahrenheit Group, said he noticed a correlation between the summit’s growth and that of its success stories.

“The event in 2009 really was the first time you started hearing about real startup activity in the Richmond marketplace,” he said. “Our objective then was: Let’s educate people about what it’s like to be a part of the startup community; what kinds of things you need to be successful in that startup community.

“Today, you look at what we were doing, and it’s showcasing these great ideas and the successful entrepreneurs and all the stories that have happened since then,” he said. “What an incredible thing that’s happened in just six short years.”

It was great for Nestiny to be a part of this event yesterday and so exciting to see such entrepreneurial spirit in RVA!

This is a wonderful event to showcase the robust (and getting more robust every day) #RVA ‘trep / small business support ecosystem. Less Talk. More Do. in action. #deliver

That is me centered in the lead photograph. Since I wasn’t mentioned in the article itself, I’d like to point out that my company, Finite Wisdom, developed the technology for one of startups on display at the summit: Smart Projext (www.smartprojex.com). Check us both out!