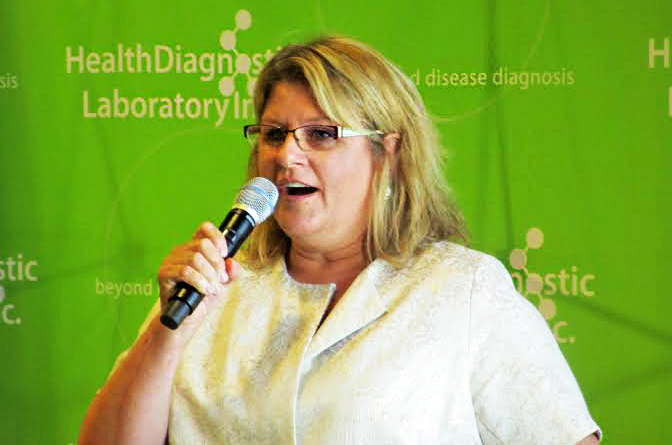 While Richmond-based Health Diagnostic Laboratory’s part in a federal investigation has come to a close, the legal trouble for its former CEO may just be getting started.

Tonya Mallory, who co-founded the company in 2008 and abruptly stepped down as CEO last year, is named as a defendant in a recently unsealed whistleblower lawsuit and could face further litigation from the federal government.

The lawsuit ? which was under seal for years up until last week ? focuses on whether fees that companies like HDL paid to doctors in exchange for using their services were kickbacks under federal law, how Mallory and other individuals were involved in that questionable business model, and whether they could be held liable. It claims the practices violated federal and state false claims acts based on their billing of government healthcare programs.

As brought forth by whistleblowers Scarlett Lutz, of South Carolina-based Palmetto Billing Service, and Kayla Webster, a registered nurse, the case claims that “Mallory was directly involved in HDL’s scheme to provide cash remuneration to referring physicians.”

The case was unsealed nearly two years after it was first filed on behalf of Lutz and Webster, the same day the U.S. Department of Justice announced that HDL had agreed to pay a settlement of at least $47 million to put an end to its involvement in the matter.

It was one of three similar suits that sparked the federal investigation into several laboratory companies and executives, including HDL and Mallory.

The federal government has been weighing whether or not it wants to directly intervene and take the lead in those cases. It said through the U.S. Department of Justice last week that it expects to follow up on the case with complaints against Mallory and other individually named defendants within 120 days.

Mallory did not return requests for comment last week. She left her position as CEO shortly after the publication of a scathing report in the Wall Street Journal, saying at the time she was stepping down to help with the launch of her brother’s company in rural Virginia.

Marc Raspanti, an attorney with the Philadelphia firm Pietragallo Gordon Alfano Bosick & Raspanti, which is representing Lutz and Webster, said the federal government’s next step would be to file a new complaint against Mallory, then proceed to discovery and depositions. 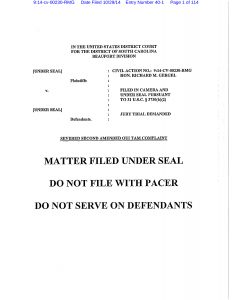 “They’ll go through the normal process to determine what exactly was the business model, what did they tell people, and where did these funds go?” Raspanti said.

The suit states that a significant portion of HDL’s revenue came from reimbursements for medical billing claims on blood tests submitted to government healthcare programs, largely Medicare and Medicaid.

The Pietragallo firm said in a news release last week that between 2010 and 2013, HDL’s annual revenues reached $420 million and about 41 percent of that revenue came from Medicare.

Peter Chatfield, an attorney with Phillips & Cohen who represents a third whistleblower that brought claims against HDL, also said the government may look to Mallory to follow HDL’s money trail.

“There was a lot of money that was made, and it went somewhere, and the idea is to make sure that as much of what the government lost is recovered as possible, and that people don’t end up walking away with a lot of money,” Chatfield said.

In addition to Mallory, Floyd Calhoun Dent and J. Bradley Johnson of BlueWave Health Consultants were also named as individual defendants in the unsealed suit. BlueWave had been HDL’s outside sales contractor until HDL severed the relationship earlier this year.

Mallory’s connection to Dent and Johnson goes back even further. The three had worked together at California-based Berkeley HeartLab before founding their respective companies.

The unsealed lawsuit zeroes in on that relationship, stating: “Upon information and belief, the fraud alleged here, to pay physicians bogus processing fees, was part of Defendant HDL’s (and BlueWave’s) strategy to lure physician customers from Berkeley to HDL, and eventually to Defendant Singulex.”

Singluex is another medical lab company that was also under federal investigation and had worked with BlueWave before terminating its relationship with the contractor. Singulex has agreed to a $1.5 million settlement with the government.

The lawyers representing the whistleblowers said they will continue their involvement in the case, working closely with the federal government in the process to determine whether or not Mallory, Dent and Johnson will be held liable for their involvement.

Raspanti and fellow Pietragallo attorney Pamela Brecht added that the federal government has not ruled out filing criminal charges against some of the remaining individual defendants.

The government, according to the agreement reached with HDL, reserved the right to potentially file criminal claims related to the matter against the remaining defendants that were not part of last week’s settlement.

The Department of Justice declined to comment when asked whether criminal charges could be in the works.

I think the Department of (In-Justice) is getting pressure from Big Pharmaceutical and other big labs to squeeze HDL because they bucked the system and started thinking out of the box about diagnosis and treatment and not just putting everyone on the med of choice.