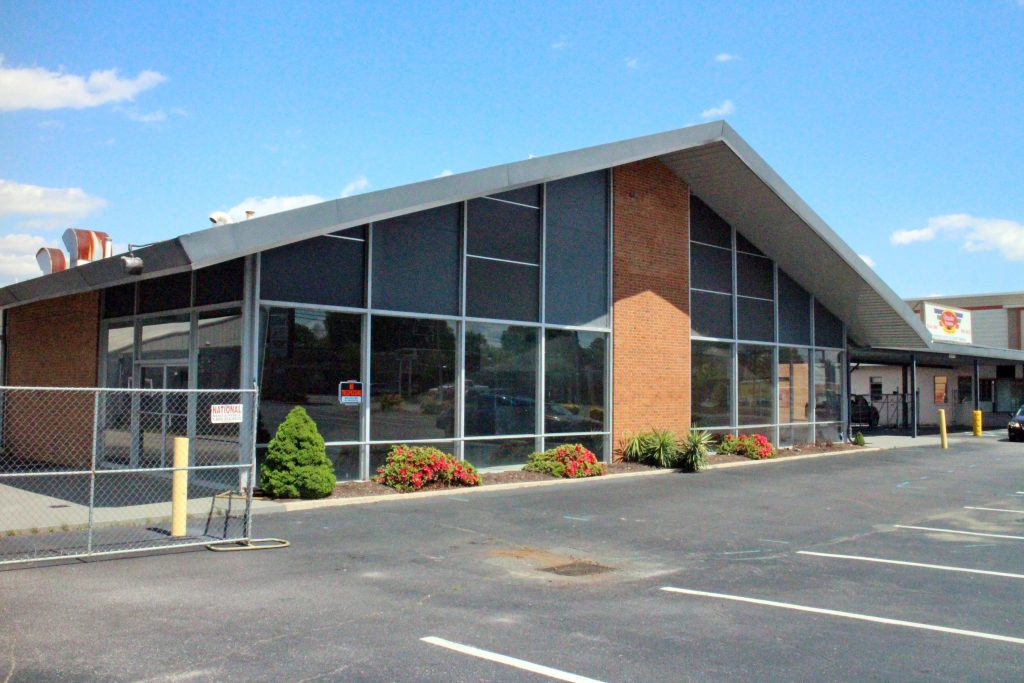 Pleasants Hardware will be moving into the former Motleys headquarters on West Broad Street. Photo by Katie Demeria.

Demolition has begun on what will be the new home of a well-known local hardware store.

Work is underway to transform the former headquarters of Motleys Asset Disposition Group at 4400 W. Broad St. into a Pleasants Hardware location. The final product will be a 52,000-square-foot building with a 7,000-square-foot office on the second floor.

James Hatcher III, president of Pleasants, said the new store should be up and running by the end of the year, possibly by November. 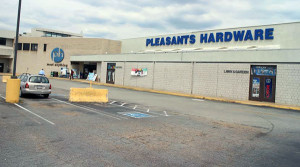 Pleasants current shop will be filled by a Whole Foods. Photo by Burl Rolett.

Jones Construction is the general contractor for the project, and Commonwealth Architects is doing the design work.

The move 2 miles west will open up Pleasants’ longtime store at 2024 W. Broad St. to make way for Whole Foods, which will anchor the Sauer Center development that’s planned to take shape around it.

The 200,000-square-foot Sauer Center development is being led by local spice maker C.F. Sauer, which has owned Pleasants since 1989.

The decision to move wasn’t very difficult, Hatcher said. Pleasants has been in its current building for 40 years, and the property has a lot of issues, he said, so it makes sense from an operational standpoint.

“The biggest issue was, as they developed (the 2024 W. Broad St.) site, they’d have to close it down for a while,” Hatcher said. “So even if we could have relocated – and we looked at the (former Virginia Department of Taxation) building right next door – it would have been problematic.”

Sauer Properties and Pleasants worked out a deal with Motleys, which still owns its old headquarters land and building, for a long-term lease with options to possibly buy later on. The auctioneer moved out of the space last year and built a new headquarters on Deep Water Terminal Road in south Richmond.

Pleasants new West Broad location will be nearly 40,000 square feet smaller than its current 90,000-square-foot spot. But Hatcher said that could be a positive change.

“As we’ve gotten more efficient, we don’t use a lot of the space we have,” Hatcher said.

Hatcher said Sauer Properties is still hammering out the details of the project and negotiating costs. The financing has yet to be worked out, but Hatcher said Sauer may pay for it upfront, and then Pleasants will finance it back to them.

“Being part of the same company, it’s kind of like saying which pocket will it come out of, left pocket or right pocket,” Hatcher said.

The 100-year-old hardware chain has been at its location for 40 years. It’s the chain’s largest store, with 95 employees. Overall, the company has 190 employees in seven Richmond locations and one Harrisonburg store.

None of the articles about the new Pleasants location makes reference to the Ultracolor Systems bodyshop which is behind those buildings. Do you know if they will continue to be located there?

Let’s hope so Brian. Those guys are the best!

Brian and Bruce, I’m with Jones Realty and Construction. While we did not handle the relocation of the Ultracolor Systems, we do have contact with them because of the Pleasants transaction. I called them upon reading your comments. Mike was very happy to hear the positive references to Ultracolor Systems. Ultracolor has split their operations into 2 locations. There is one location at 3800 Deepwater Terminal Rd off the Bells Rd exit and another at 8611 Telegraph Rd in the northside of town off of Brook Rd. Please visit Ultracolor at their new locations!

I am a bit confused. The map seems to show the frontage along 4400 block of West Broad is in the city, rather than in the county. Are you sure that the properties in that area are not at least partly in the city? Isn’t the Chevrolet dealership located in the city?

It’s peculiar. The parking lot in front is in the city, where the building is in the county. I attended an city tax sale auction once where it was required to take place in the front parking lot (city ground) for that very reason.

The City line runs at a depth of 200 feet north of West Broad Street on that block.