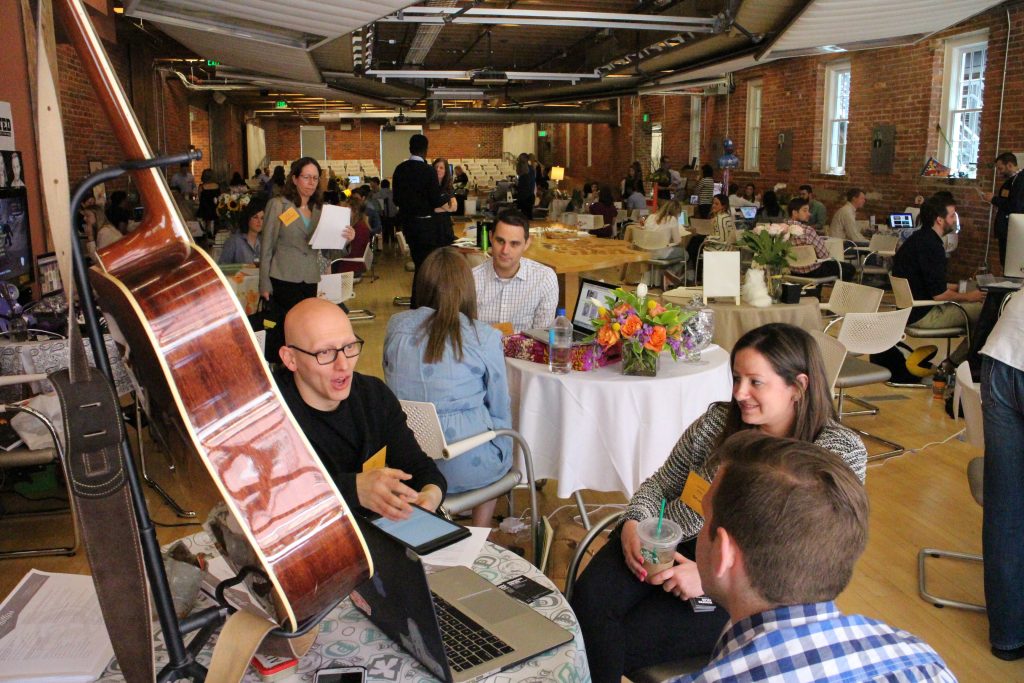 Students hope to catch the eye of potential employers with creative table displays at the annual job fair. Photos by Jonathan Spiers.

A moped on a desk.

It’s all part of the hiring process.

Graduating students at VCU’s Brandcenter decked out tables across two floors with expressions of their creativity Wednesday for this year’s two-day Recruiter Session, which continues today at the downtown center.

This time every school year, the Brandcenter becomes jobseeker central for graduating students and the companies that want them. It puts on what it calls a “reverse career fair,” which sees the students with display tables and the companies coming to them.

Sommardahl said Brandcenter students usually have a job placement rate of 100 percent each year. Twelve of this year’s graduating class came into the fair with jobs already lined up, she said.

“Generally, this is the starting point for most of them,” she said.

New to the fair this year are notable names such as Facebook and IBM, as well as local clothier Ledbury and San Francisco ad agency Argonaut. Making up part of the Facebook contingent is Chris Trumbull, himself a product of the Brandcenter’s copywriting track.

Participating recruiters are listed on the Brandcenter’s website, which also features links to students’ portfolios.