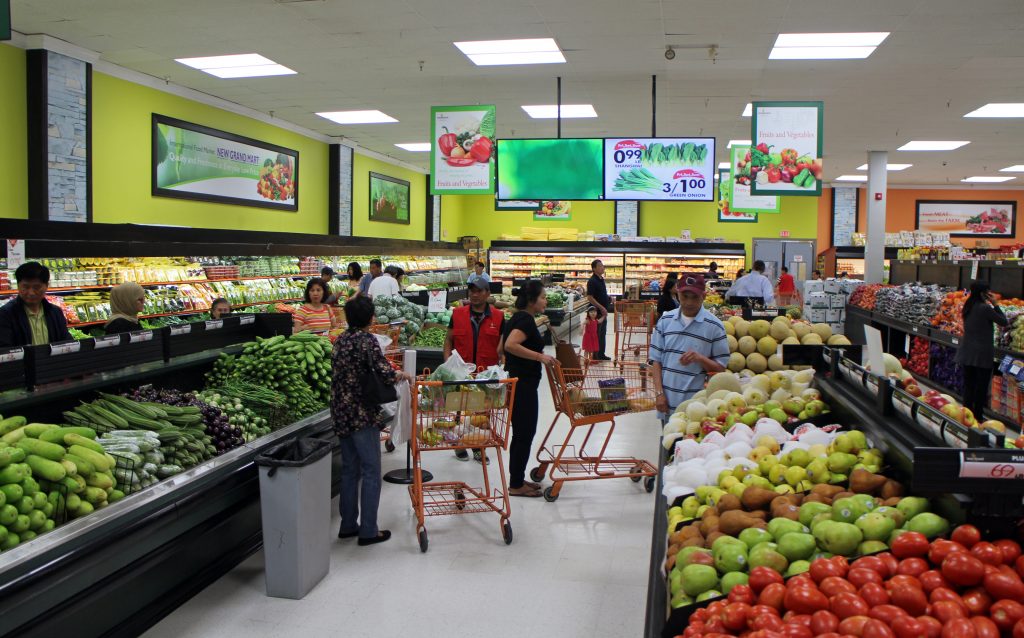 While two German grocery chains plot expansions into Richmond, a Northern Virginia grocer has brought a different sort of international flair to the competitive local scene.

New Grand Mart, an international grocery store that sells products from Southeast Asia, Central America and West Africa, among other foreign locales, opened the doors of its first Richmond location late last week in Chesterfield County and has plans to snag another location in the West End.

“I’m Asian, and within the Asian community, including Southeast Asian or Indian and all those ethnic groups, they’ve been waiting for an international grocery store to come here for many years,” Namkoong said, adding that she owns shares of New Grand Mart. “This is a dream come true for a lot of people.” 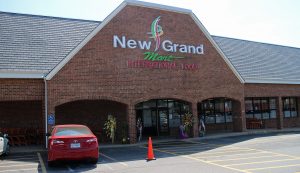 Chippenham Square invested about $1.25 million to renovate the space, which had formerly been a Marshall’s department store. New Grand Mart invested another $1 million.

The building had been vacant for about a year and a half before New Grand Mart settled in, Namkoong said.

The two-story property has the store’s grocery selection and an international food court on the first floor and a community space that’s open to public events on the second level.

“It’s a way that we can contribute to the community,” said Scott Kim, New Grand Mart’s office manager. “This location was chosen because of the revitalization. We want to play a key role in the revitalization of the Midlothian area.”

The new store employs about 60 full- and part-time employees.

New Grand Mart is also preparing to open another location in the West End by this fall. It is currently in talks regarding a location and has not yet signed a lease.

Chippenham Square is anchored by a Foremost Sales store. Colliers International brokers Brian Glass and Yasmine Hamad are handling leasing on the 185,000-square-foot shopping center. The property 95 percent leased, with only about 13,000 square feet currently available, according to the Colliers website.

New Grand Mart is not short on competition. Kroger has a Marketplace location around the corner in the Stonebridge shopping center, and German grocer Lidl has submitted plans with the county to construct a new location nearby across from the Chesterfield Towne Center.

“We want to cater to the diversity that’s developed here,” he said. “The ethnic community here is growing, and we want to play a key role in that.”

New Grand Mart also has locations in Falls Church and Alexandria, Virginia, as well as in Langley Park, Maryland. In 2013, it was acquired by Green Paradise Enterprises.

Richmond’s foodie scene gets better when there are more stores like this to shop at. My wife visited a few days ago and immediately fell in love with the place. I truly appreciate that Mr. Lee chose this part of town, watching the Midlothian corridor slowly but surely redevelop has been very exciting these past five years. It’s great to have a grocery that fills a niche that was mostly untapped on our side of town. We enjoy preparing Indian, Thai and Latino food at home from scratch and having a proper international grocery close by will allow us to… Read more »