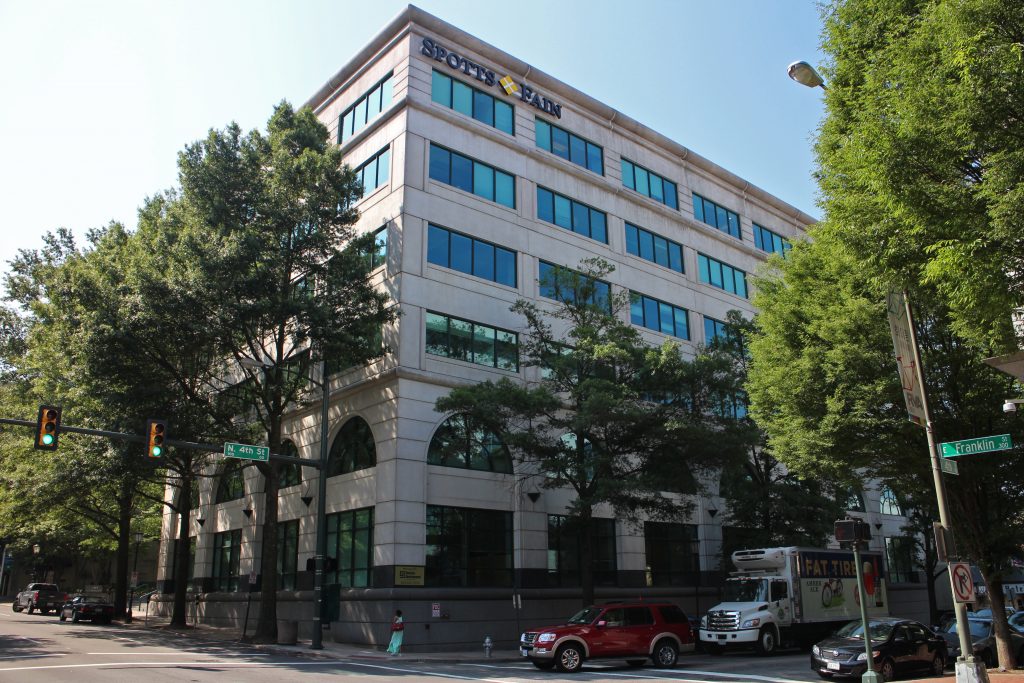 A construction company is moving its offices downtown. Photos by Michael Schwartz.

For its latest project, one of Richmond’s biggest commercial construction firms is hammering away on a new downtown office of its own.

Hourigan Construction has signed a lease to relocate its West End headquarters to the six-story office building at 411 E. Franklin St.

CEO Mark Hourigan said the company is taking over the downtown building’s fourth floor and will move its 50 Richmond employees into the 24,400-square-foot space. That’s nearly double the size of its current home at 1600 Forest Ave., a 13,400-square-foot property in Henrico County that the company sold in April to Middleburg Bank for $2.2 million.

“Henrico has been a wonderful place for us to work, but I think there’s a great creative energy that’s happening in downtown Richmond, and we’re excited to become a part of that,” Hourigan said. 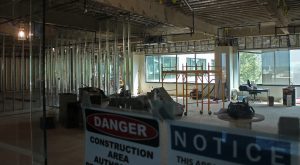 Hourigan is gutting its future home on the building’s fourth floor.

He said his firm bought and renovated the Forest Avenue building about 10 years ago with the intention of a long tenure there, but the company’s growth forced it to look for more room.

“I thought this is where we’d be a long time,” Hourigan said. “The good news is we have outgrown our current space.”

“I was looking for a place where we could build the office of the future,” he said, adding that it will have an open, well-lit floor plan that he hopes will help attract younger talent.

The move downtown will also put the company closer to some of its larger corporate clients and past projects in the city. Hourigan built the Media General and Richmond Times-Dispatch buildings a few doors down on Franklin Street and the Altria facility at the BioTechnology Research Park, and it handled the expansion of Apple REIT Cos. headquarters.

Some of its current projects around the Richmond region include the new medical development at Towne Center West that will bring VCU to Short Pump, a new welcome center at University of Richmond and the highly publicized Stone Brewing facility.

Hourigan Construction ranked among the top 10 commercial construction firms in Richmond, according to a recent BizSense survey. The company also has a Virginia Beach office with about 50 employees.

The 411 E. Franklin St. property is owned by Washington, D.C.-based Douglas Development, which acquired the building in 2004. Douglas owns several other downtown properties, including the Central National Bank building at 219 E. Broad St. The company currently has work underway on a massive rehab of the tower.

Hourigan’s new neighbors will include law firm Spotts Fain, which has its name on the top of the building, VCU, a Navy recruiting office and several other law firms.

Demolition is underway to gut and revamp Hourigan’s new space in anticipation of moving in by the end of the summer.

Naturally, Hourigan said, the company is handling the renovations itself.