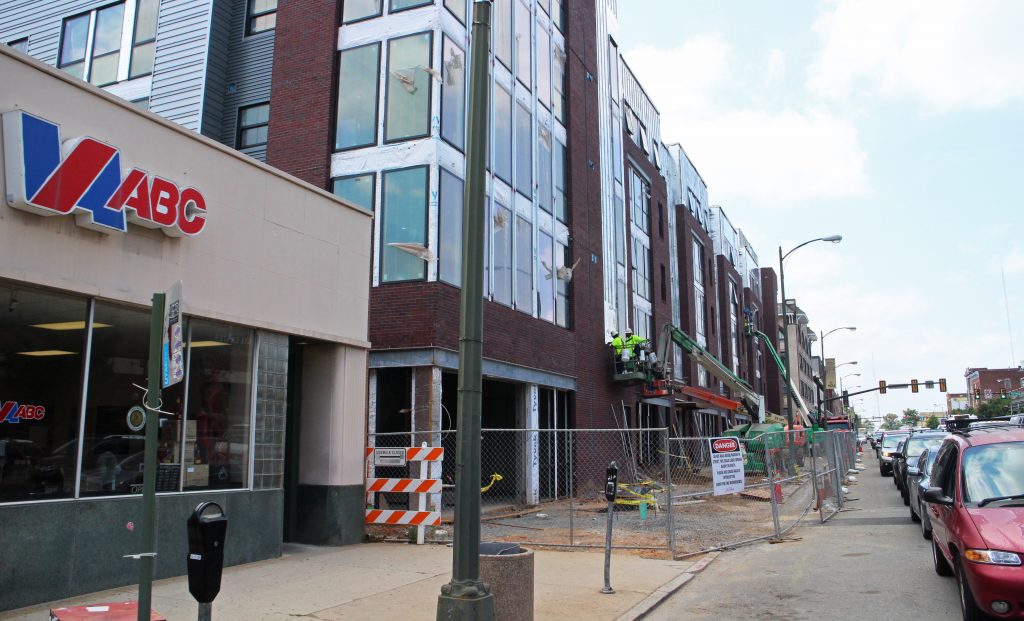 A sandwich shop will move into a ground-floor space in an upcoming VCU dorm building. Photo by Michael Thompson.

A growing sandwich shop brand is the latest restaurant to target VCU.

A Which Wich franchise will open later this year at 1225 W. Broad St. across from the Siegel Center.

It will be the second Which Wich location for Jigar and Reema Patel, who plan to open in the 1,500-square-foot space in October. It’s on the ground floor of a new dormitory building that is under construction.

Which Wich sells customizable sandwiches, ordered by marking choices on a sandwich bag with a red Sharpie. It has 400 locations open or in the works in 38 states and 10 countries. 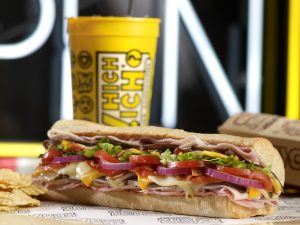 The first Which Wich opened in Dallas in 2003. Photo courtesy of Which Wich.

There are seven Which Wich locations open in Virginia, including one in Short Pump that the Patels opened in 2012 as the chain’s first store in Richmond. There are two other Richmond-area locations at Willow Lawn and Westchester Commons.

Jigar Patel is a digital marketing analyst for Genworth Financial. Reema Patel handles operations for their Which Wich stores.

Jigar Patel said they have had their eye on the VCU area for years with the idea of capitalizing on the high foot traffic and the shared gold-and-black color scheme of both the school and Which Wich.

“I graduated at VCU, and I worked for VCU right after I graduated before moving to the corporate world,” Patel said in an email. “That is why VCU has been close and dear to us and we have been trying to find a location there for five years now.”

Patel said he expects it to cost about $350,000 to open the VCU store. He and his wife will finance the venture themselves.

Arizona-based FM Group is doing the design work on the new restaurant. The Patels have not yet chosen a contractor for the space, which is owned by VCU.

The Which Wich at VCU will join a host of other restaurants, including locally owned one-off concepts and national chains, competing for student dollars. The latest arrivals include a new cafe that recently opened on West Broad Street, and a pizza franchise is set open on campus, as well.

Beyond the competitive VCU market, Patel said he and his wife hope to work with other franchise owners to open more Which Wich locations in the Richmond area.

“The goal is to have one open in all the strategic locations of Richmond,” he said. “Hopefully at least four more in the next few years.”