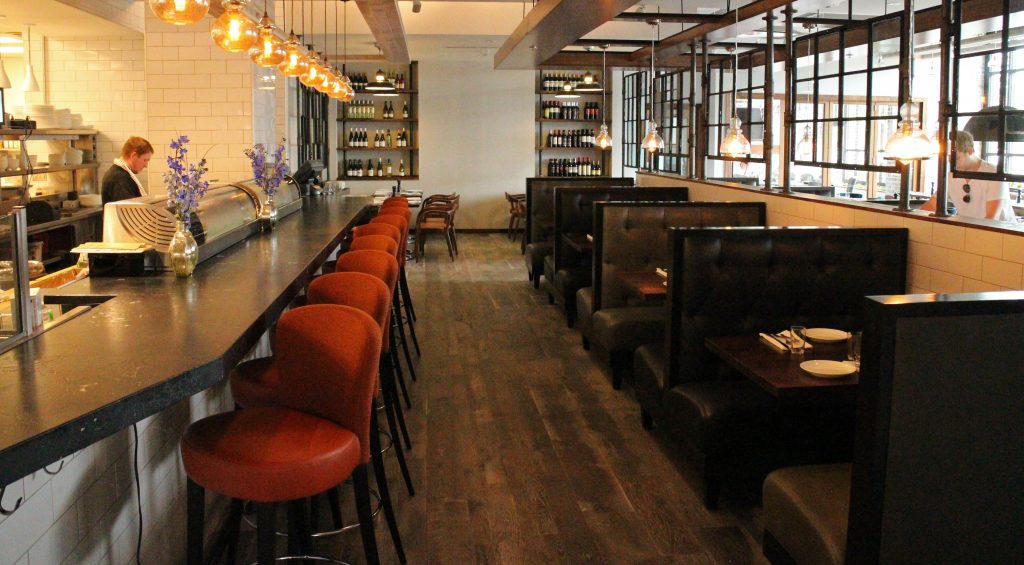 The Boathouse opened in a Short Pump hotel building this week. Photos by Michael Thompson.

A local restaurateur is up and running amid Short Pump’s sea of national chains. 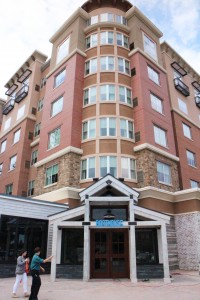 The Boathouse shares the hotel’s ground-floor space with Lehja Indian restaurant and is next to Dick’s Sporting Goods.

“So far, the folks in the mall have been very receptive,” Healy said. “All of our restaurant neighbors have been kind.”

The new Boathouse sells the same seafood that patrons of his other locations have come to enjoy. Dishes include crab cakes, stuffed shrimp and lobster. There won’t be pizza at the Short Pump location, but sushi has been added to the new menu.

Healy said he’d eventually like to add sushi to his other locations.

He wouldn’t say how much it cost to open the new location.

Unlike its sister restaurants, the Boathouse at Short Pump isn’t built around a body of water. But Healy said it still pays tribute to the brand’s oceanic theme.

You left out the first, very charming and my favorite sister Boathouse at Sunday Park. The Boathouse Brand represents friendly quality service, fresh delicious food at affordable prices…. Competitive with any restaurant in East Hampton,NY.