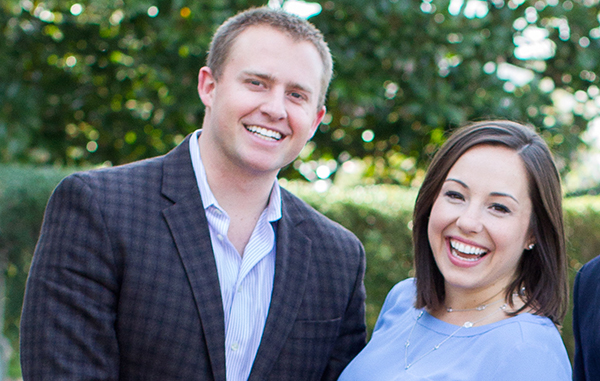 An upstart nonprofit has spawned its first crop of startups.

UnBoundRVA, a downtown nonprofit formed in 2014, this month graduated five companies from its inaugural year-long training program for low-income entrepreneurs looking to start their own businesses. 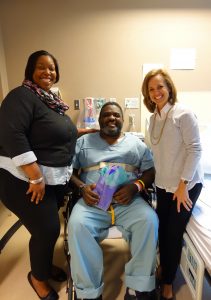 Carolyn Loftin (left) of the Crafty Peacock delivering a gift to a patient at a Sheltering Arms rehab center.

The candidates for the program came through referrals from 15 other nonprofits in the area. UnBoundRVA founders Richard Luck and Sarah Mullens look for people at or right above the poverty line who work jobs that don’t match their skills. They received 40 referrals, which they then narrowed down to five over a six-week trial period.

UnboundRVA’s inaugural participants took classes in finance, marketing and accounting using a small business curriculum developed by a nonprofit called Workshop in Business Opportunities (WIBO). The entrepreneurs were then given one year of free services from ad agency Big River, accounting firm Cherry Bekaert, law firm LeClairRyan and Village Bank. The finalists have complete ownership over their businesses.

After developing their business models, the entrepreneurs made pitches for funding to Village Bank. Luck said loans ranged from $1,000 to $50,000.

“(Village Bank) actually makes a loan no matter their credit score or history,” Luck said. “We have a pool of funds that acts as collateral. We’re like guarantors on the loans.”

Once the participants have funding in hand, UnboundRVA helps the entrepreneurs get their businesses up and running by connecting them with clients and shadowing them during their daily operations. Luck said the program has already begun to pay off.

UnBoundRVA, which is based at 200 S. Third St., gets its money in part from individuals and in part from corporate sponsors like Altria, Dominion and Capital One.

Luck and Mullens got the idea while working for Teach for America in Charlotte, North Carolina, straight out of college. Luck went to Virginia Military Institute and Mullens attended Hampshire College in Amherst, Massachusetts.

“We noticed a lot of parents were very entrepreneurial,” Luck said of his time in Charlotte. “We’d been interested in microfinancing in other countries, and we discussed building our own model here in the U.S.”

Microfinancing is a system of credit that caters to borrowers who do not qualify for traditional methods of financing. It came about from anti-poverty efforts in developing countries. 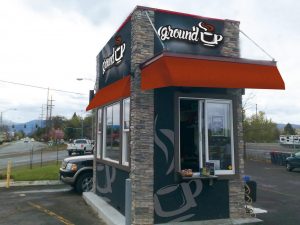 A mock-up of what the future Ground Up hut could look like.

They decided to bring their UnBound concept to Richmond because Luck, a St. Christopher’s School alumnus, has family and connections in the area.

Luck said UnBoundRVA has been an easy sell to potential donors. He said he explains how hard it is for talented people who may not have college degrees or who have previously struggled with arrests and addiction to get funding for their ideas.

The nonprofit has a $250,000 annual operating budget, which doesn’t include the loans that go out to participants.

Luck said they plan to host the small business program every year and develop alumni who can be consultants to further bolster its support network for budding entrepreneurs. Eventually, he and Mullens hope to take UnBound to other cities.

Luck said a key measure of the program’s success will be whether this first class of entrepreneurs will still be thriving three to five years from now.

“We still think there’s a lot to be proved with this model,” he said. “There’s still the big question of if have we equipped them with the tools to be successful without our support.”