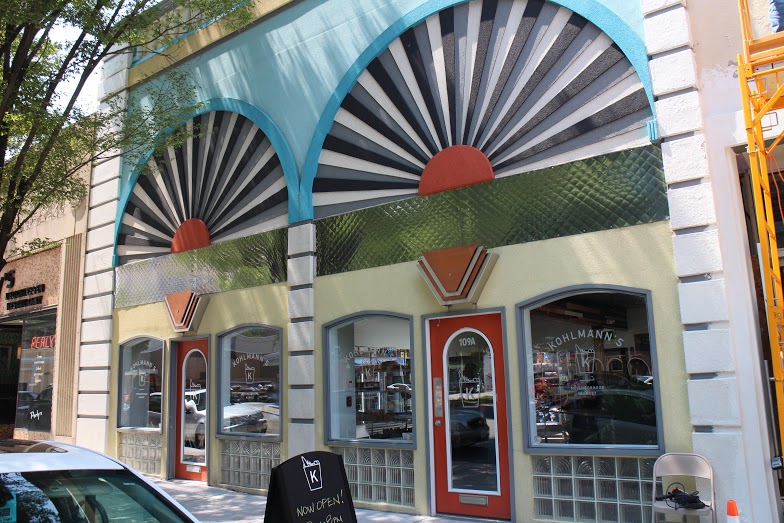 Kohlmann’s – a play on an older spelling of the developer’s surname – sells grocery items like milk, eggs, butter, beer and wine, as well as fresh pretzels and prepared foods inspired by the menu at Perly’s Restaurant and Delicatessen next door. Coleman and Giavos opened the restaurant last year. 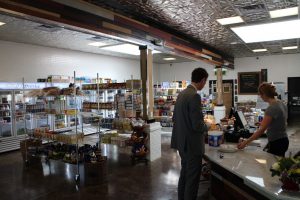 The market plans to expand its offerings over time.

“We’re really hoping to be able to provide to all the residents that are moving in here,” Coleman said of the neighborhood, which continues to see an influx of apartments.

He isn’t the only one that sees demand for smaller markets along the surrounding blocks. Pop’s Market is in the works on Grace Street just three blocks away from Kohlmann’s, and nearby Saison Market has been open since last year in Jackson Ward.

The trend of neighborhood markets has also spread elsewhere in the city with the launch last year of Harvest Grocery & Supply in the Fan and Union Market in Church Hill.

Coleman spelling said Kohlmann’s has four small tables. Its hours are seven days a week from 8 a.m. to 8 p.m. He said eventually the shop will add more produce, deli meats, Kosher foods and beer on tap.

“We need to get our feet on the ground with the regular market stuff first,” he said.