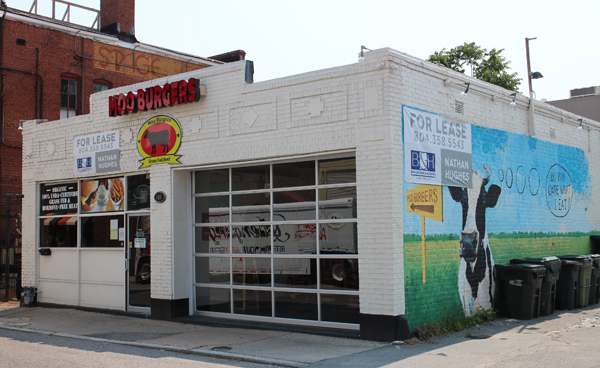 A VCU-area restaurant has been put out to pasture, though its owners are open to a possible return.

Moo Burgers, at 309 N. Laurel St., has closed after less than a year in business in the former Nile Ethiopian restaurant space.

Getaneh Wondemaghew and Girmachew Tesfaye were co-owners of Moo Burgers and also own the 1,500-square-foot property.

Wondemaghew said Moo Burgers closed for renovations in April and they’re looking for a new tenant for the space. He said Jon Soto, who helped open the restaurant, is no longer involved in the venture.

“It’s summertime,” Wondemaghew said. “We need to expand the kitchen and get more beer and wine.”

He added that they would look to reopen Moo Burgers if they can’t find a new tenant before the fall.

Located in the heart of VCU, the 300 block of North Laurel Street is a competitive stretch of restaurants with a Chipotle, Panera Bread and a forthcoming pizza franchise.

The presence of those national brands has put pressure on some of the independent restaurants nearby.

Nile moved to Carytown, making way for Moo Burgers. A pizza place shut down across the street, and Empire Dining and Lounge called it quits after nearly 10 years.

That hasn’t stopped others from taking the leap in the neighborhood. A Caribbean restaurant replaced the pizza place at 308 N. Laurel St., and a taco and wing operation opened in place of Empire.

That “pizza place” has been Mexican, frozen yogurt and about 2 other things; nothing last a year in either location now.

Great ideas but poor execution. We went to Moo once and it was overcooked leather so we never went back.

It used to be a cool little music venue.