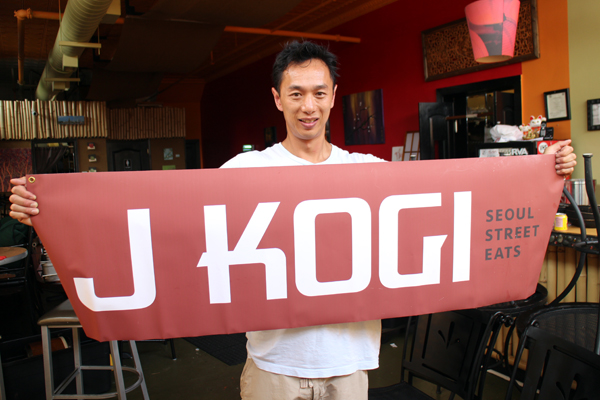 Michael Ng spreading the news of his new venture. Photo by Michael Thompson.

A Jackson Ward restaurant and its fleet of food carts are re-branding after 15 years in business.

Thai Corner, at 327 N. Second St., closed over the weekend and will reopen next month as an expanded version of nearby Korean takeout spot Jkogi.

Michael Ng (pronounced “?ng”), owner of Thai Corner, posted a sign on his restaurant July 6 to announce the change, which will also convert his Thai Cabin carts to the Jkogi brand.

Ng said saying goodbye to a brand he built from scratch has been bittersweet.

“It’s actually kind of sad right now. At the same token, it’s a new chapter in my life,” Ng said.

The conversion is a result of a deal between Ng and Jay Ko, who owns Jkogi. 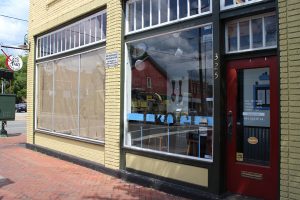 Jkogi will retain its current storefront (right) and expand into Thai Corner (left).

Ng said the partnership gives him an ownership stake in Jkogi and the position of managing partner. He said his new role will help him better balance between work and family.

“(Ko) said, ‘Mike, I can give you that balance. All I need is your mental experience to help us,’” Ng said. “There’s a bigger potential for growth than what I could do as an individual that’s married with kids.”

Ng launched his Thai Cabin carts in 2000 before expanding Thai Corner from a commissary into a restaurant in 2011.

Ng said he was impressed with Jkogi’s streamlined operation. He said he and his new partners have a goal to open more locations in Northern Virginia and North Carolina.

“Based on what I have seen over the last four months, it’s a concept that’s easily grow-able,” Ng said.

Jkogi will remain open as a takeout and delivery spot until renovations are finished to combine both properties under the Jkogi name.

In addition to the Thai Corner and Jkogi buildings, Ng is also the landlord of two other storefronts on North Second Street, where Big Herm’s Kitchen and the Cultured Swine reside. He said both of those tenants are doing well and no changes are expected.

This is an exciting time for our neighborhood and we look forward to supporting Michael and Jay in their new joint venture. Congratulations!