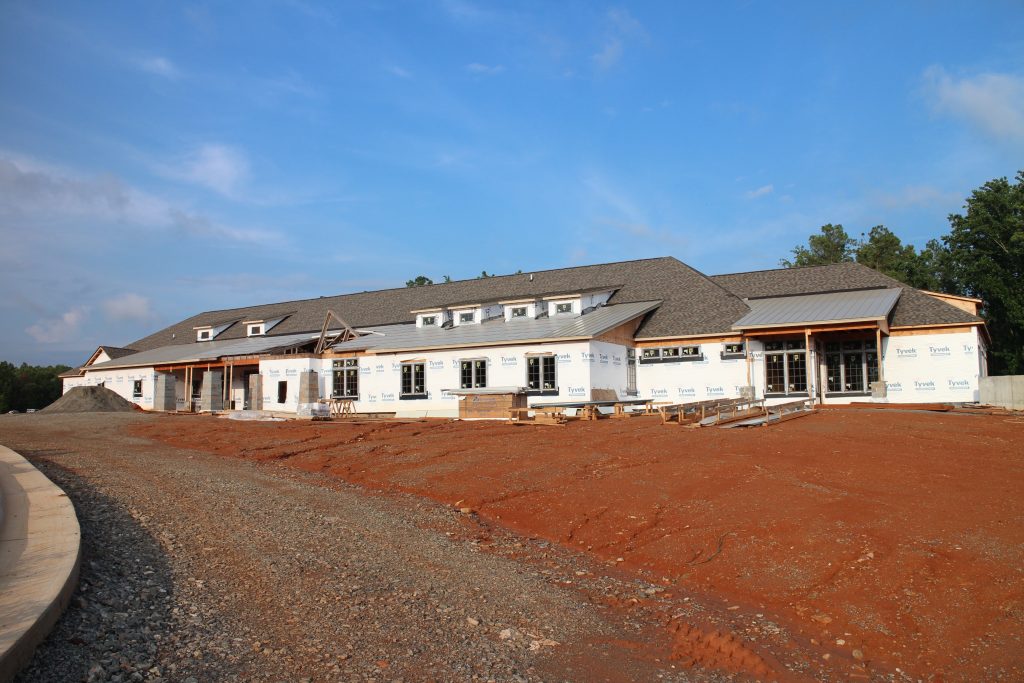 Construction is ongoing at the new clubhouse at The Federal Club. Photos by Michael Schwartz.

Five years after a bankruptcy and ownership change, a golf club in Hanover County is getting a major addition.

Construction is underway on a new 26,000-square-foot clubhouse at The Federal Club, a 389-acre course off Mountain Road.

Chris Gilman, who with his brother, sister and father bought the course and the surrounding Mountain Run subdivision out of bankruptcy in 2010, said the clubhouse is a long-awaited step for the once-troubled club.

“It’s the big piece of the puzzle to finish the golf club, we hope, we think,” Gilman said.

The promise of a new clubhouse has been part of Federal Club’s sales pitch since the Gilmans began trying to grow the club’s membership base over the last five years. It had about 100 members following the sale in 2010, when it was semi-private. It has since been converted back to a private club, turned profitable and has 344 members.

Ground was broken for the clubhouse in October, and Gilman said they hope to have construction completed by December.

The project is a costly undertaking, with the group spending about $5.5 million just on the shell of the building, Gilman said. That doesn’t include the guts and all the finishes, which will add events space, a larger pro shop and a dining and terrace area that will overlook the 18th green (currently the ninth) and will have a view of the 18th fairway coming home to the final hole. The hole numbers are being rearranged to accompany the new clubhouse. 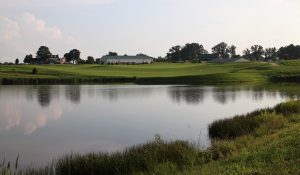 The family is self-funding the work for now but may look for bank financing in the near future.

Once the new amenity is completed, Gilman said another round of membership growth will be needed to regain profitability.

Gilman added that the new clubhouse is the linchpin that should help it reach that next level by attracting members for more than just golf. The current 3,800 square-foot clubhouse, which houses a small bar, pro shop and offices, will be converted into a fitness center. Tennis courts and a pool are already up and running on site.

Work on the clubhouse has also helped spur progress toward the next phase of the Mountain Run subdivision. The road to the new clubhouse also leads to the land where the last 30 lots of the neighborhood will be developed. Gilman said contracts are imminent to begin work on the infrastructure for that next section of homes.

Formerly a cattle farm and named for the large estate near the front of the property that faces Mountain Road, Mountain Run will have 100 homes when fully built out. It currently has 61 homes built, with two under construction.

The remaining lots are open for sale to individual buyers and for builders. Gilman expects to sell about half of the lots directly to builders.

Federal Club opened in 2007 and went into bankruptcy in 2009, at a time when the golf industry and several other local courses hit hard times.

Gilman and his family members purchased the club and the surrounding development, about 504 acres total, for $2.6 million in 2010.

Federal Club competes in a crowded golf market, with The Hallows, a public course, less than a mile away. Sycamore Creek, Hanover Country Club, Hunting Hawk and other courses also are in the vicinity.

Federal Club is one of several local courses to get major upgrades in recent years. Magnolia Green Golf Club recently opened its new nine holes and has a new clubhouse in the works. And the new owners of Independence Golf Club have had a steady stream of upgrades taking shape at their course.

Gilman said he thinks his course can compete in its own niche thanks to its location, its bent-grass fairways and its pricing as a private club. Current prices to join the club include a $5,000 non-equity initiation fee and about $380 a month for a full family golf membership. It’s about $330 for a single golf membership.