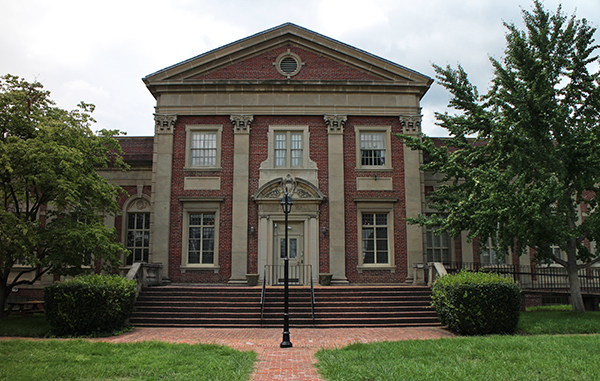 A local private school recently completed the first $5 million phase of a relocation project that will ultimately call for the purchase of six buildings and a total investment of at least $10 million.

Veritas Classical Christian School last month bought the 20,000-square-foot Virginia Hall at 3400 Brook Road, the second building it has acquired on its new campus. It paid $1.75 million for the 94-year-old property.

Head of School Keith Nix said Veritas is also under contract to buy about 6 acres just west of the school across Lamont Street. It is working to slowly acquire all the pieces of the campus on the block between Westwood and Palmyra avenues, closing on one building at a time over the next few years.

The school, founded in 2000, initially made the move to the Northside campus about two years ago, leaving its original location at Crestwood Presbyterian Church. 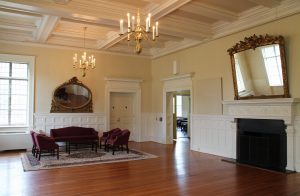 Nix said Veritas had been seeking a new home for five years, looking for a place that can accommodate its rapid growth and create the experience the school intends for its K-12 students.

“We’re trying to meet a need that is longed for in our community: a school that is providing a really quality, demonstrably quality academic product,” Nix said. “Meaning we really deeply believe in robust Christian scholarship. This is a rich and robust academic experience.”

The school so far has purchased Graves Hall and Virginia Hall, which comprise 50,000 square feet and cost a combined $3.75 million, from Baptist Theological Seminary. The six buildings are all owned by either Baptist Theological or Union Presbyterian Seminary. Standard Insurance Co. owns the 6 acres already under contract that is also home to the Laburnum House building.

Veritas is currently leasing two of the other buildings, the 30,000-square-foot Lingle Hall and the 2,000-square-foot Newbury Hall. The leases are five years with the intent to purchase by the end of that period.

Graves Hall required about $1.2 million in renovations once Veritas settled in and converted the space into 21 classrooms. Virginia Hall didn’t need much work; Baptist Theological, which moved to Villa Park I in Henrico County in 2013, had already significantly improved the building before Veritas moved in. 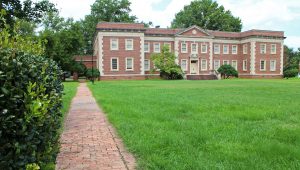 “When we came over to look for the first time, we were pretty blown away,” Nix said. “One, at the buildings themselves – the beauty, the soundness, the potential for the campus – but then we were really surprised that so much had been redone by the previous owners.”

The school also intends to purchase Kraemer Hall, owned by Baptist, and Dubose Hall, owned by Union Presbyterian.  Over time, the school will spend a total of at least $10 million to acquire the entire campus, Nix said.

The school has secured a $1.25 million loan from Union Bank & Trust that will help pay for this first phase of purchases, and it is in the middle of a $2.8 million capital campaign to secure the rest of the funds. So far it has raised $2.4 million of that goal.

The final footprint will accommodate the growth that Veritas has already experienced. The school started 15 years ago with 25 students and has now grown to 425. Sara Kennedy, director of communications and marketing, said the school did not lose a single family with its move to Northside.

The school’s annual operating budget every year is upwards of $4 million, Nix said. Tuition costs about $10,500 annually, and Veritas does offer financial aid for students.

“This campus has always existed for Christian scholarship, and to be able to continue that tradition faithfully and steward these buildings and give them a purpose for the next 100 years or more is pretty thrilling,” Nix said.