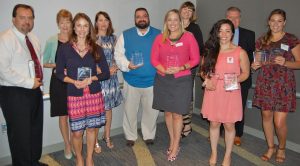 Free Agents Marketing staff and other winners display their awards from the Hampton Roads Chapter of the PRSA.

Free Agents Marketing received one Best in Show, three Awards of Excellence and four Awards of Merit at the 68th Virginia Public Relations Awards. The awards recognized the agency’s work on several campaigns for Bon Secours. FAM was also recognized by the Hampton Roads chapter of the Public Relations Society of America with one first-place award and one second-place award at the 2015 Pinnacle Awards.

FAM has entered into a marketing partnership with Mercedes-Benz of Richmond and Mercedes-Benz of Midlothian, two car dealerships locally owned and operated by David R. McGeorge Car Co. FAM was awarded the accounts following a competitive pitch and will provide both dealerships with strategy, creative services, media placement, public relations and digital services.

FAM has entered into a marketing partnership with Enhanced Revenue Solutions, a Texas-based medical billing and coding company. FAM will work with the company on its branding, strategy and website development. 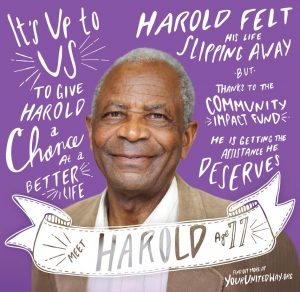 An image from Think804’s campaign for United Way of Greater Richmond & Petersburg.

Think804 has completed a comprehensive design and video campaign for United Way of Greater Richmond & Petersburg. The campaign is focused on the nonprofit’s Community Impact Fund and finding new ways to inspire the public by telling stories of people who are being helped. It then elaborates on due diligence, planning and fund allocation for the program.

Think804 has also been hired by Virginia Economic Development Partnership for website application design and development, and Midlothian-based Watkins Nurseries for rebranding, logo design and a new website.

Neathawk Dubuque & Packett won a silver and two bronze awards in the 36th annual Telly Awards. The silver was for a MidMichigan Health commercial called “More life. More health.” in the local TV and cable hospital category. The agency won a bronze in the same category for an animated MidMichigan Health spot called “Dr. Internet,” and a television spot for Rex/UNC called “Frozen Moment” also won a bronze in the regional television and multi-market cable category. 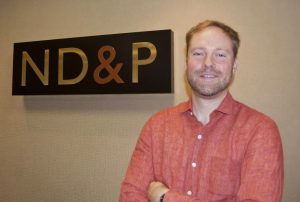 ND&P has hired Boz Boschen as digital media director, a new position. Boschen was a principal brand associate at Capital One Financial Corp., where he oversaw the multimedia strategy for many of its financial service products, the sports media strategy for the NCAA Corporate Champions-level sponsorships with Turner/CBS, and the Capital One Orange Bowl College Football Playoff’s sponsorship with ESPN. Boschen was formerly a senior media planner at The Martin Agency on the Alltel Wireless and NASCAR accounts, handling multimedia strategy including Alltel’s NASCAR Ryan Newman sponsorship and ACC/SEC football and basketball sponsorships.

The Martin Agency was one of five finalists in the running for an account with DraftKings, according to AdWeek. The fantasy sports site ended up selecting California-based Butler, Shine, Stern & Partners.

The agency unveiled its latest spot for Geico as part of the company’s “It’s What You Do” campaign. Featuring Hasbro’s “Operation” game, the spot launched this month on broadcast TV was featured on the agency’s YouTube masthead.

Initiate-It created and launched a new television campaign for CarLotz that is airing in Richmond, Norfolk/Virginia Beach and Charlotte, North Carolina. One of the spots, entitled “Celebration,” features CarLotz staff as extras and a cameo from founding partner Aaron Montgomery.

Randall Branding launched a new responsive website to showcase its work and capabilities. The agency also won Ukrop’s Dress Express and will be working with the company on rebranding.

Co+Lab designed and developed a new website for the YMCA of Greater Richmond and its 17 locations. The site is expected to be used by more than 1 million people this year.

The King Agency has added Bryan Farkas, Jeff Erickson and MaryJo Steinmetz to its team. The additions bring a collective 40-plus years’ worth of experience.

Farkas joins the agency as senior art director, in which he will execute design elements and branding initiatives in conjunction with the creative team. His work has been recognized in multiple advertising and design shows including the Richmond Show, Telly Awards and National Healthcare Advertising Awards. Prior to joining the agency, he was senior art director at Free Agents Marketing.

Erickson joins the agency as account director, overseeing planning and management for all agency clients. He previously managed marketing and strategy for Fortune 500 companies such as Circuit City and Capital One. During his tenure with agencies Eisner and Saatchi & Saatchi, he honed his skills on brands like Tylenol, Absolut Vodka and Sprite.

Madison+Main launched an integrated campaign for First Bank in the northern Shenandoah Valley and the bank’s new locations in central and western Virginia. The campaign strategy centers on “life’s firsts” and has executions in TV, radio, print, online and social media.

Planet Central created and launched a website and developed social media platforms and other digital and print initiatives for Freeplay LLC for the promotion of its Mr. America bodybuilding, physique and athletic competitions. Gold’s Gym, another Planet Central client, is also a sponsor of the competitions, which take place Aug. 8.