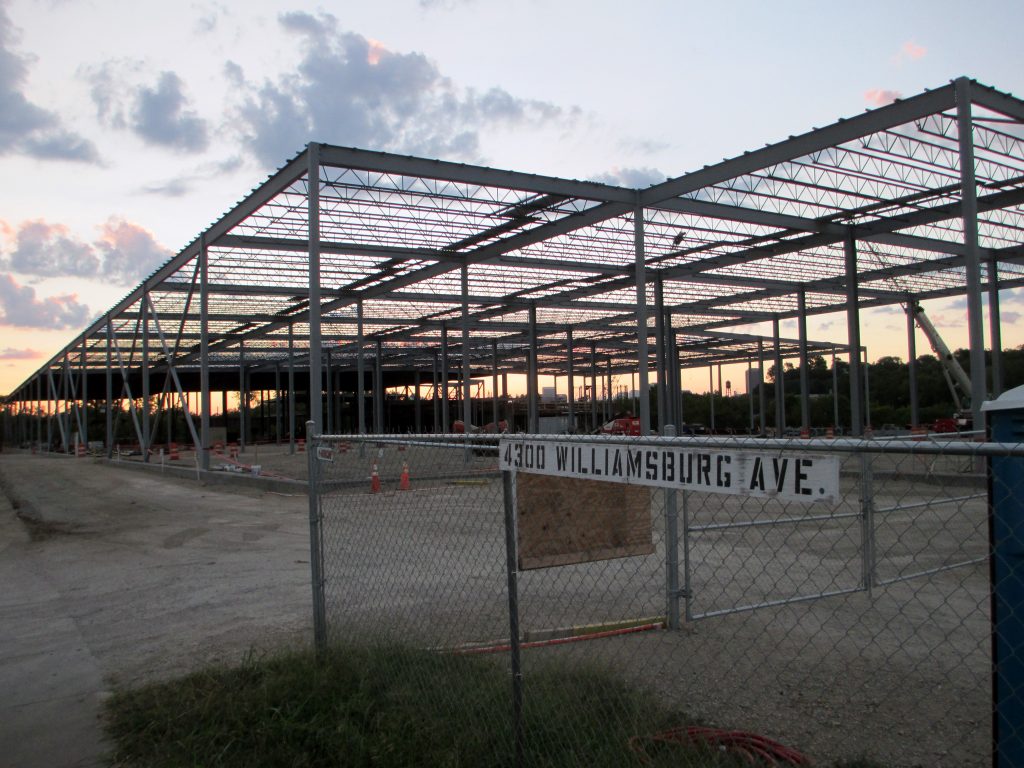 Work is ongoing at the Stone Brewing site. Photo by Jonathan Spiers.

The framework for the beer maker’s 200,000-square-foot brewery along Williamsburg Road just south of downtown has been completed, marking one of several milestones for the $74 million project.

Mark Hourigan, president of Hourigan Construction, said all steel framing for the building is complete, allowing crews to start pouring concrete slabs that will form its walls and floors.

Hourigan said the second-floor slab has already been poured, while the first-floor slab is awaiting completion of the facility’s extensive underground plumbing. Once floors and walls are firmly in place, roofing will begin – in about two weeks, he said.

“So that building will look very different a month from now,” he said. “The job is going great, and everything is on schedule.”

That schedule calls for completion in January, with Stone aiming to start pouring beer by the second quarter of next year. Hourigan said the California-based company will start bringing in $30 million worth of fermenting and brew house equipment next month.

The brewery is expected to produce more than 100,000 barrels of beer per year. A second phase of the project – a restaurant and beer garden at the nearby Intermediate Terminal Building – is expected to start construction a year or two after that.

The project was announced last fall and was met with scrutiny from other breweries and restaurants over the city’s plans to issue more than $30 million in bonds to support it. The Richmond Economic Development Authority will be Stone’s landlord at its new brewery. The EDA will develop and lease the property to the company.

Stone CEO and co-founder Greg Koch responded to the scrutiny in an interview with BizSense earlier this year.