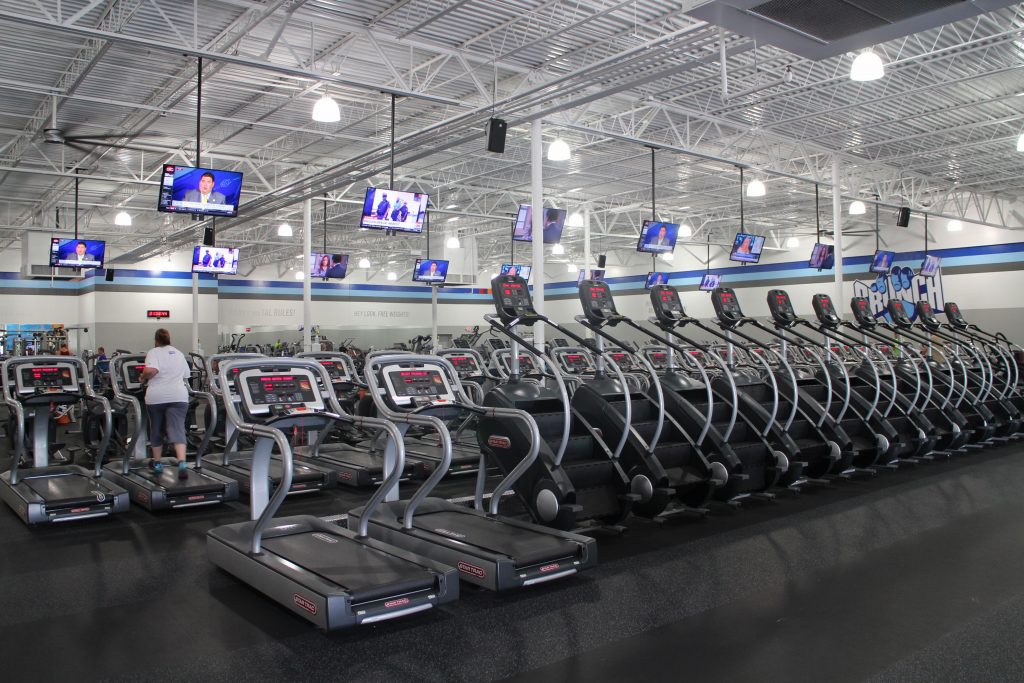 Crunch entered the market with a location on Glenside Drive. Photos by Michael Thompson.

An expanding gym brand is going where many businesses, but few of its peers, have gone before in Richmond.

A Crunch Fitness franchise has leased space at 3600 W. Broad St., and plans to open by January on the ground floor of an eight-story apartment building on the southwestern border of the rapidly evolving Scott’s Addition neighborhood.

John Freeland, owner of the local Crunch franchises, said he has a lease for more than 26,000 square feet in the building, making it his biggest location to date.

Freeland has opened two Crunch locations around Richmond within the last six months: one at 5420 Glenside Drive and another at 5750 Brook Road. Another is in the works for 10426 Ridgefield Parkway in Gleneagles Shopping Center. 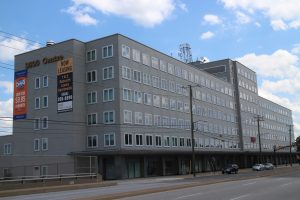 Crunch will open in the 3600 Centre building on West Broad Street.

In addition to its bevvy of breweries and apartments, Scott’s Addition does have fitness brands already up and running, including CrossFit Full Circle and The Weight Room.

Freeland said Crunch’s Scott’s Addition location will cater to millennials and offer the same pricing as his other locations. It charges monthly fees starting at $10 and no long-term contracts.

The newest location, nicknamed Crunch at 3600, will also cater to commuters looking to stop by to and from work. The property has 150 parking spaces reserved exclusively for Crunch members, Freeland said.

“The problem with finding a suitable location in the Fan or Scott’s Addition is parking,” Freeland said. “We wanted to take that out of the equation for people.”

Freeland said it would cost between $1.5 million and $2 million to open Crunch at 3600. David J. Smith of Freeman Morgan Architects is doing the design work on the new gym. Freeland said he hasn’t yet chosen a general contractor. Broker Peter Vick of NAI Eagle represented Crunch in the leasing the space.

As with his other locations, Freeland said he is financing it himself with cash.

“Keep it simple,” he said of financing. “I’ve been very fortunate to have been able to save a lot.” 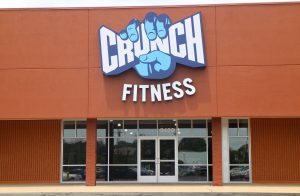 Crunch has locations in about 90 cities across the country and in Australia, according to its website.

Freeland and Crunch don’t lack for competition in Richmond. The market is filled with smaller, niche gyms that cater to activities like CrossFit, stationary cycling and ballet barre workouts. And recently, a billboard for Gold’s Gym, another national brand that has nine area locations, was plastered right on the other side of a Crunch advertisement a block away from 3600 W. Broad St.

Freeland said he has done his research and is confident in his product.

“I’ve been to the location of every one of my competitors, not always after announcing (I was coming),” he said. “I apply for a membership and unfortunately, normally what I’ve experienced is it’s a little like buying a used car. It’s a very hard sell – very scripted.”

Freeland said the script for Crunch in Richmond isn’t quite finished. He said he sees opportunities on the Southside, in Petersburg, Charlottesville and Fredericksburg.

“We expect there will be more to come,” he said. “I think we have a very good presence north of the river, so we’re very open-minded to other sections.”