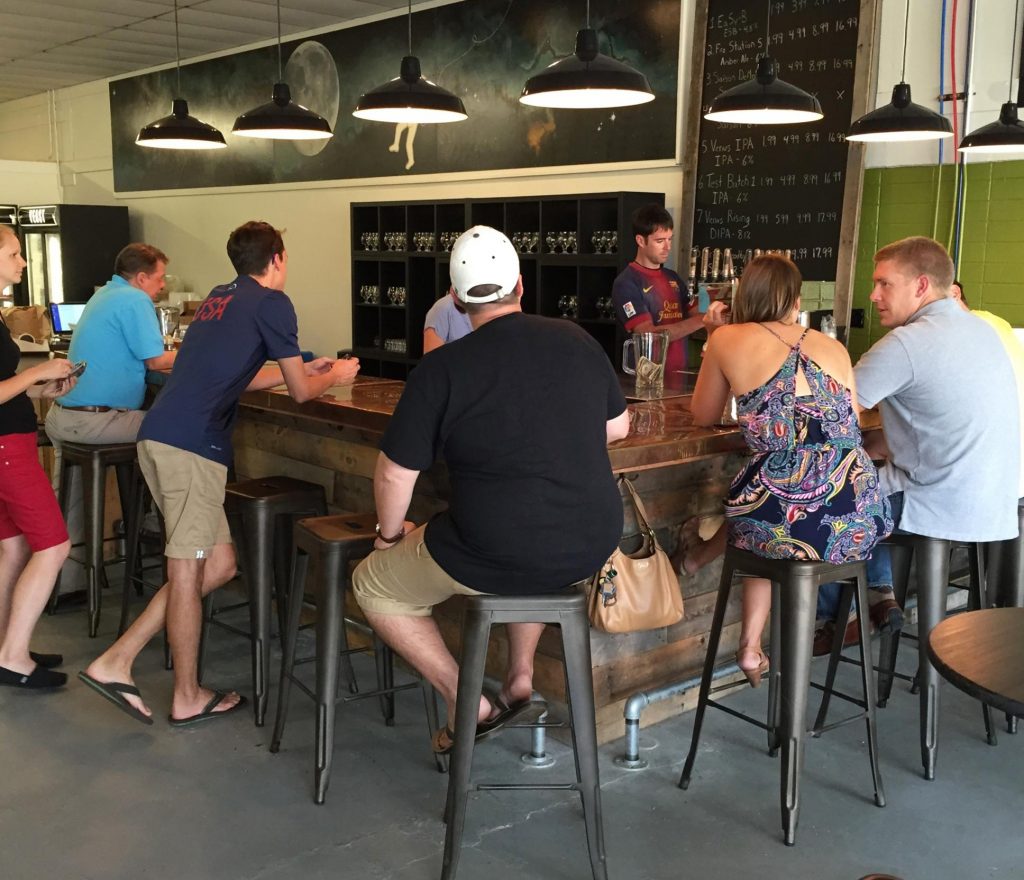 A new brewery has touched down in Lakeside.

Final Gravity Brewing Co. opened last week at 6118 Lakeside Ave. after about a year in the works.

The brewery and tasting room shares a 5,000-square-foot space with home-brew store Original Gravity. Both businesses are owned by Tony Ammendolia, who opened the retail side in 2011.

“It’s a good match,” Ammendolia said of the two sides of his business. “People can ask questions about how we make certain beers and we can give examples of things.”

Final Gravity has nine beers on tap: an ESB (extra special/strong bitter), an amber ale, a saison, a violet saison, two IPAs, a double IPA, a stout and a barrel-aged stout.

Beer fans can buy flights for sips of all the beers, 12-ounce glasses or growler fills. Final Gravity has about 45 indoor seats and 20 outdoor seats.

For now the shop is manned by Ammendolia and employee Sean Florin, but Ammendolia said he plans to hire more people to help handle increased foot traffic to both sides of his shop.

“It’s so new that we’re still figuring it out,” he said. “It’s just a struggle to make sure the home brew customers are being taken care of, as well as people visiting the tasting room.”

The brewery’s beers won’t be on store shelves or in restaurants because the property’s zoning doesn’t allow for distribution, Ammendolia said, but that was never part of the business plan.

Other places to find craft beer in and around Lakeside include the new Carytown Burgers and Fries and Once Upon a Vine on MacArthur Avenue.