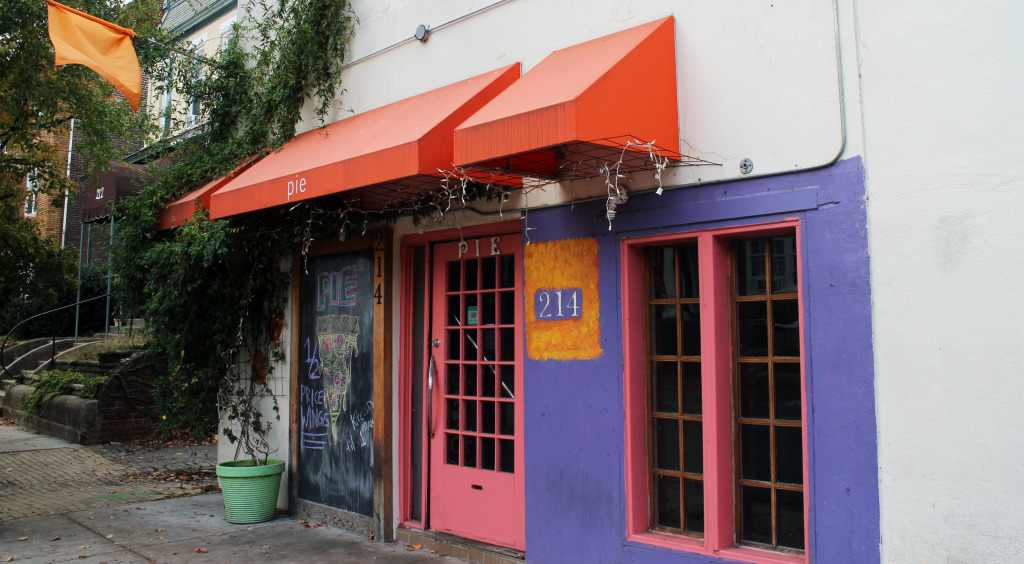 The Pie property on Lombardy Street is up for sale once again. Photo by Michael Thompson.

A Fan restaurant property is again headed toward the auction block.

A foreclosure auction is scheduled for the Pie restaurant building at 214 N. Lombardy St. on Nov. 10, and the establishment was closed during its usual business hours several days last week.

The three-story building is owned by JTB Fan LLC, which is tied to Pie owner Mo Roman, who could not be reached for comment.

The auction will be held at 11 a.m. on the premises of the Pie property, which houses two apartments in addition to the two-story restaurant and bar. Pie’s equipment and fixtures are not part of the auction. Auction house Tranzon is handling the sale.

Both attempts at foreclosure are a result of JTB Fan’s defaulting on a loan issued for the property in 2007. The lender was Fulton Bank, and the principal amount of the loan was $416,500, according to bankruptcy filings.

During the bankruptcy process, the property was eventually approved to be sold to Roman’s father, but the deal fell through, according to court filings. A temporary court order that prevented the bank from trying to reclaim the property or advertise foreclosure concluded Sept. 30.

Another of Roman’s Richmond properties – the old bank building at 1005 E. Main St. downtown – was sold at a bankruptcy auction in June. The property had been owned by his Roman Development, which also originally sought bankruptcy to block foreclosure.