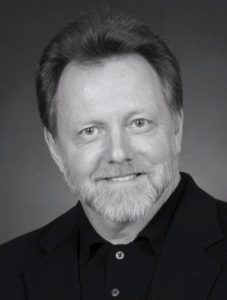 A New York-based investment and advisory firm that makes its money in marrying prospective business owners with companies looking to sell has expanded into Richmond.

Yarmouth Venture Group opened its operations here earlier this year with the hiring of Michael Smith, a Richmond native and Collegiate School graduate.

Yarmouth was founded about 20 years ago by Ed Knox, who works out of the company’s office in White Plains, New York. It now has offices in Boston, Philadelphia, Baltimore and North Carolina. Smith’s outfit is the company’s first in Virginia.

“Some are outside looking for a business to buy, recent graduates of the Capital Ones or WestRocks of the world,” Smith said. “Some are management within an organization that are looking to buy that organization.”

Yarmouth does analysis of potential deals, helps arrange the financing, structures the deal, helps get it to closing and advises the company after the sale.

It makes its money when the deal is done, by getting what Smith called a “success fee.” The firm also typically takes a minority equity stake in the business and has the new owner keep Yarmouth on as an adviser for some time after the sale is finished.

It’s a sort of cross between an investment banking firm and a private equity firm. Or as Smith put it: “It looks like an upside-down private equity play.”

The managing partners like Smith also have the option to buy into a stake of the companies they do deals with.

Yarmouth’s sweet spot, Smith said, is in orchestrating the sale of companies with between $300,000 and $3 million in earnings. He said the average deal involves a company with $1 million in earnings and has about a $5 million purchase price.

With Smith in Richmond, the company will attempt to tackle markets around Central Virginia, as well as Hampton Roads and Northern Virginia.

“Ed (Knox) looks at a place like Richmond and sees a concentration of smaller businesses and a pretty healthy climate of those (business owners) that are going to need to transition the business in the not too distant future.”

In setting up in new markets, Yarmouth typically looks for one-man operators like Smith that often have a separate advisory practice on the side. Smith’s advisory outfit is through a company called AdviCoach.

Smith also has decades of experience in numerous industries, including stints at Kraft Foods and his father’s former manufacturing company in Richmond.

So far in Richmond, Smith said he has had luck finding some prospective businesses interested in selling but is still working to build a network of buyers.

“That’s a networking thing,” he said, “talking to everybody I know.”

Great to see the RVA small business community attract growing levels talent and attention. There should be a tremendous pipeline of business succession planning and ownership transition activity over the next 5-10 years. Those who plan ahead, assemble the right team, and properly document their transactions will be much better positioned for long-term success. Best of luck to Michael Smith and his colleagues at the Yarmouth Venture Group.

Thanks for the kind words!