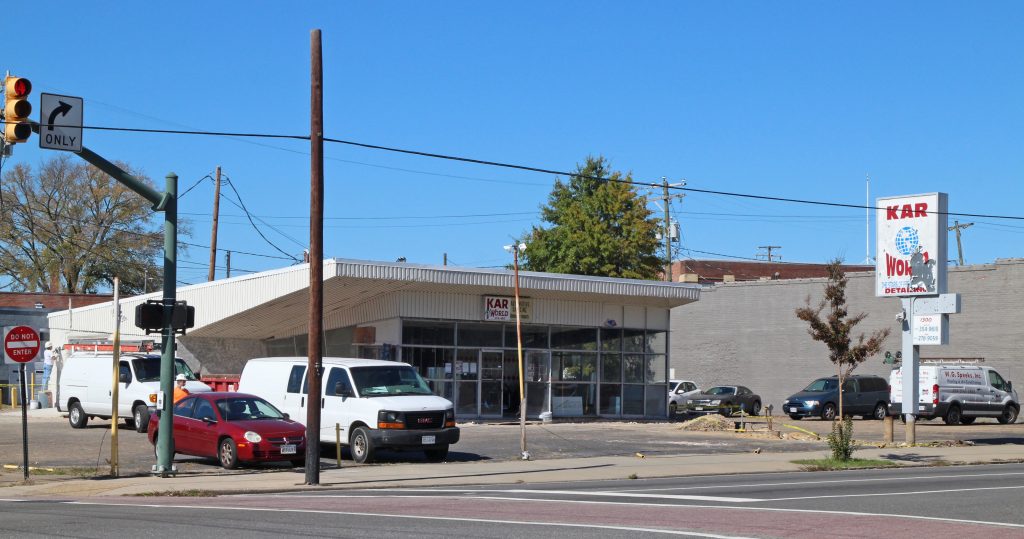 The former Kar World space is being converted into a burger restaurant. Photos by Michael Thompson.

Chris Tsui and his Eat Restaurant Partners plan to open Boulevard Burger & Brew in January at 1300 N. Boulevard. Much as its name suggests, the eatery will sell burgers, beer, and milkshakes both with and without alcohol.

Eat Restaurant Partners also owns Fat Dragon, which is a few doors down from Boulevard Burger, as well as Foo Dog, Blue Goat, Osaka and Wild Ginger. Tsui said he and his fellow owners wanted to have a memorable name that signified the new venture’s part of town.

“It represents that area – Scott’s Addition, the Boulevard,” Tsui said. “We just wanted something simple and catchy.”

Construction on the space, most recently home to a used car lot, is being done by Monument Construction, and independent designer Tiffany Jeremiah is helping with the interior look.

The building was also home to a burger joint in the ’50s and ’60s called Kelly’s Jet System Hamburger, according to a Times-Dispatch report.

Tsui said the restaurant will seat 70 inside and will also have a patio.

Tsui said work is also in motion for another new Eat Restaurant Partners restaurant at 412 E. Grace St. That project is in partnership with Chris Johnson and Tom Dickey of the Monument Cos. and will include apartments above the street-level restaurant. The name and menu of the downtown spot are still being finalized.