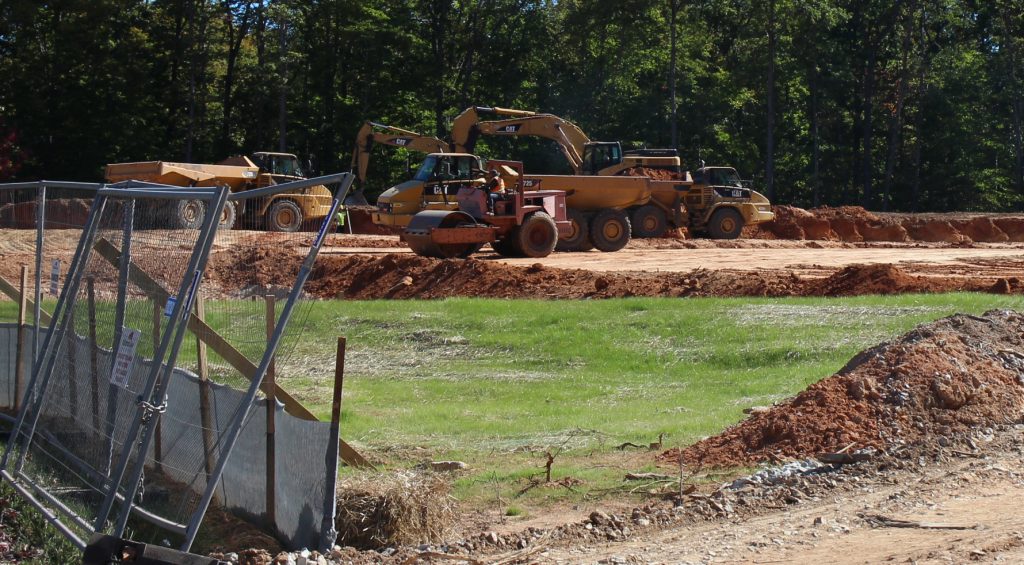 Construction is already underway on a new building for VCU Health. Photos by Katie Demeria.

Construction is already underway on the site, and Highwoods secured approval for the construction of a three-story 60,000-square-foot medical office building on the property prior to the sale.

Carissa Etters, spokeswoman for VCU Medical Center, said the location will serve as an outpatient facility, housing several ambulatory care programs. The system will also relocate its dermatology and ear, nose and throat offices from its existing Stony Point location.

Construction should wrap up around September of next year, and VCU expects to occupy the building by November. Kjellstrom & Lee is the general contractor.

VCU’s parcel is within a 20-acre section of the city’s Stony Point Community Unit Plan that also includes the existing 55,000-square-foot Virginia Urology building next door. VCU’s building would be considered the second phase of that section.

Highwoods representatives declined to comment and directed all inquiries to VCU.

The new Stony Point project comes as the newly rebranded VCU Health is in the midst of further expansion away from its downtown medical center. It has leased the entirety of a new 110,000-square-foot medical office building that’s under construction in Short Pump’s Towne Center West. And it’s also developing a $56 million pediatric psychiatric facility in Northside.