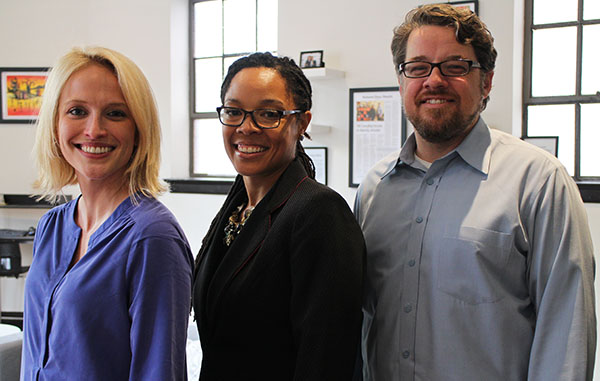 A downtown consulting firm didn’t travel far when it came time to find a bigger office.

TMI Consulting is in the process of relocating to 404 E. Grace St., just up the street from its current home at 213 E. Grace St. The new 3,000-square-foot office is an expansion from the company’s 850-square-foot space, where TMI had been since 2012.

TMI Consulting helps clients develop strategies related to diversity and inclusion. Husband and wife Matthew Freeman and Tiffany Jana launched the company in 2010. TMI works for government agencies, nonprofits and other companies, and its client list has included The Valentine, Science Museum of Virginia, VCU, University of Richmond and the city of Richmond.

Jana said a bigger office was needed to keep pace with TMI’s growth. 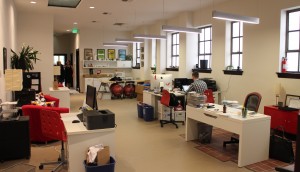 TMI has six full-time employees along with a mix of part-time and freelance workers. Jana attributed TMI’s growth to its niche of diversity and inclusion matters, a specialization she said few other consulting firms tackle.

“The diversity and inclusion industry is shrinking as many people believe we are in a post-racial society,” Jana said.

Jana said TMI chose to stay downtown on East Grace Street because helping with the city’s tax base is in keeping with TMI’s mission.

“It is very important to contribute to the revitalization of the city,” she said. “Most of our employees live in the city.”

TMI is leasing its new space from Shawn Maida of Visual Chefs, a website and app development company that is also moving into the 93-year-old building.

As for its old space, a recently launched real estate and brokerage is already up and running in TMI’s place.