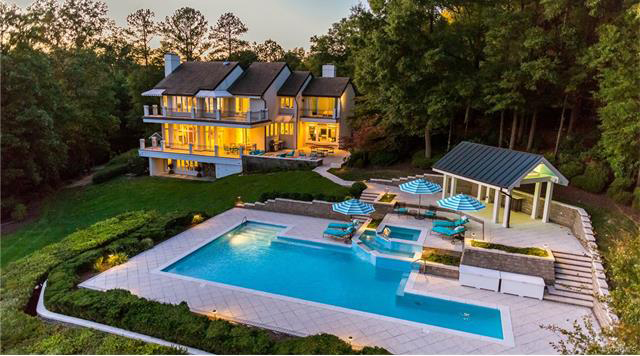 The property at 8905 Breannan Road was put on the market in late October. Photos courtesy of CVRMLS.

A hillside estate in western Henrico County is being sold by a descendant of a notable family of lawyers.

The 12-room, 6,000-square-foot house at 8905 Brennan Road was listed Oct. 30 for $1.95 million. The 4-acre property overlooking the James River valley is located next to the Mooreland Farms neighborhood. 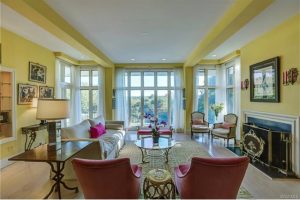 Each room on the south side of the house has floor-to-ceiling windows.

The fourth-generation Harrisons are remaining in town but downsizing after raising their children at the home, said listing agent Lacy Williams of Joyner Fine Properties.

Williams said the house is unique for its views of the valley, its privacy and a swimming pool with a waterfall feature. Built by David Branch, who developed the adjacent Mooreland Landing subdivision, the house was designed to take advantage of those views, with each room featuring windows facing the valley, she said.

“It’s got a nice view of trees and a lot of privacy,” she said. “I’ve had a number of showings. I don’t have an offer yet.”

Built in 1983, the contemporary, two-story house includes five bedrooms and 4½ bathrooms. The first floor features a dining room with a ceiling that rises two stories. 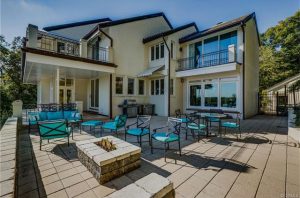 The home has two patios facing the heated pool.

Other features include a sauna, generator and private well, as well as a three-story elevator, private driveway and three-car garage.

Williams said the home would appeal to families with school-age children, as well as to nearby residents looking to move to a larger home. She said she distributed postcards in Mooreland Farms as part of her marketing effort to attract the right buyer.

“I expect it would be somebody who wants to be in that area for schools – Freeman or Collegiate,” she said. “Perhaps somebody who’s in a smaller house in Mooreland Farms might want to move up to it.”

The home is the latest western Henrico listing near the $2 million mark. Just east of Mooreland Farms, two seven-figure homes are for sale on Dryden Lane: a 9,000-square-foot home at 209 Dryden, listed for $1.99 million; and an 8,000-square-foot colonial down the street, listed for $3.49 million.