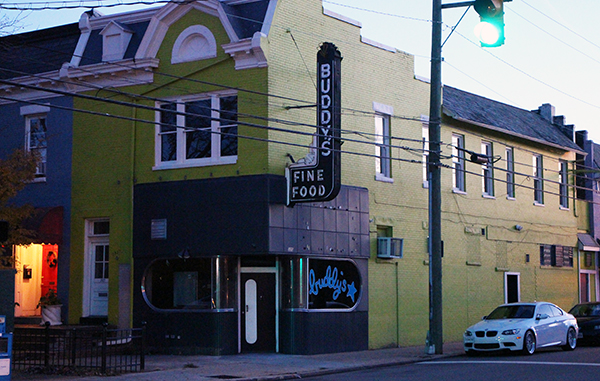 Secco will be moving into the former Buddy’s restaurant space. Photo by Michael Thompson.

A Carytown wine bar is headed for the Fan.

Secco owner Julia Battaglini is making the move after more than a decade at 2933 W. Cary St. She opened her former River City Wine Cellars there in 1998, before converting it into extra space for Secco, which launched in 2010.

Battaglini said Secco, which means “dry” in Italian, has outgrown its 1,000-square-foot space in Carytown, and she has been searching for a new spot since June. Battaglini said square footage and parking were the biggest factors when it came to choosing a new location.

Battaglini said Secco will remain open in Carytown right up until the opening of the new location in the Fan. She has a 10-year lease on the Buddy’s space and said she is leaving on good terms with her Cary Street landlord.

The Buddy’s property is owned by Charlie Diradour of Lion’s Paw Development. Buddy’s had occupied the building for nearly 40 years before moving to the Devil’s Triangle in January.

Diradour’s company is renovating the space for Secco and will hand over an empty shell to Battaglini. Diradour said he has known his new tenant for about 20 years and is a fan of her work.

“She is a great operator,” Diradour said. “We all realize that the Fan has grown up. We’re looking forward to providing a grown-up menu and grown-up atmosphere.”

Architect Bob Steele is doing the design work for the new Secco. Battaglini could not say how much it will cost to move Secco to the Fan. She did say she is financing it herself.

She said the venture will be same as it was in Carytown and will be open for dinner and brunch to start. All of her employees will stay on during the move. Battaglini said she expects Secco’s regulars to follow, as well.

“I don’t think I’m going to lose any of my regulars for eight blocks,” she said.

A great new spot for Julia and a terrific tenant for Charlie. This has been a win-win for everyone.

Congratulations to Julia and to Charlie! Great move for Secco. I’m glad to see that corner getting a new (wonderful!) tenant.