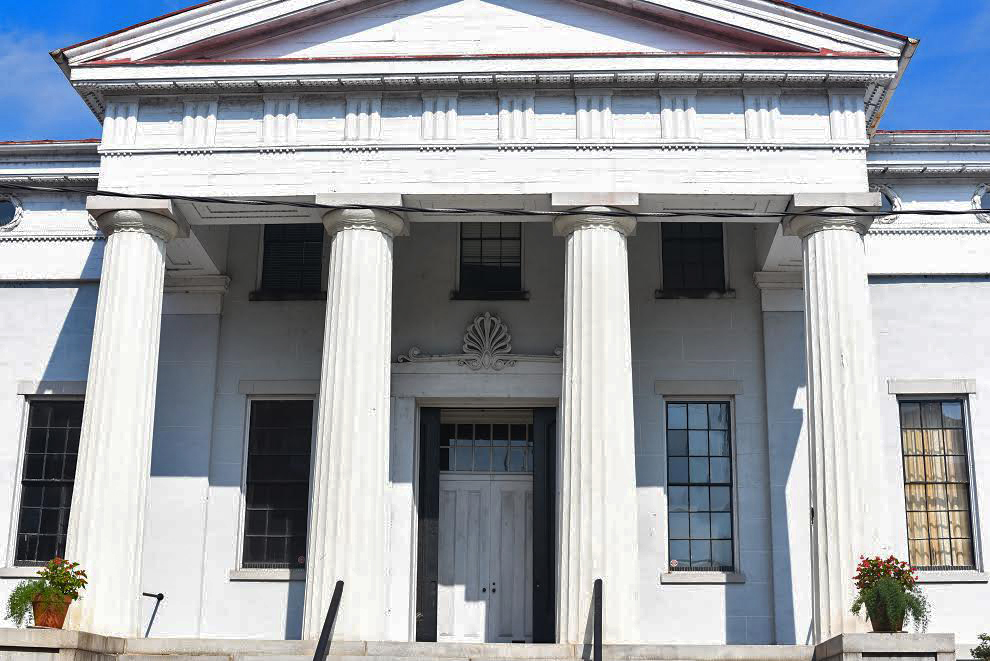 The Exchange Building in Petersburg is home to the Siege Museum and will undergo some big upgrades over the next year. Photo courtesy city of Petersburg.

A local museum’s 176-year-old building is preparing for a face-lift.

The Exchange Building at 15 W. Bank St. in Petersburg, home of the Siege Museum, was closed in early November to start a $1 million restoration project as part of the city’s Capital Improvement Program.

The Siege Museum features a permanent exhibit about the Siege of Petersburg, a 10-month period during the Civil War when Petersburg was under attack.

“(The museum) has significant meaning to Petersburg because it was the place where people would come to learn about the history of the siege that basically helped end the Civil War,” said Brian Little, Petersburg’s director of cultural affairs, arts and tourism.

The three-story Exchange Building was built in 1839, city records show, and was originally constructed to hold currency. Plans to restore it have been in the works for about five years, though Little said the building has been in need of an upgrade for quite some time.

The work will include restoring plaster throughout the 10,000-square-foot building, repairing water damage, replacing the roof, and restoring the building’s cupola on top.

“We’re adding niceties so people can travel through the building freely – and not be concerned with falling plaster,” Little said. “It was just a matter of having to close down the building so we can begin the process of restoring it.”

City workers are now in the process of testing the building to ensure it is up to EPA standards, and the renovations will begin in the spring of 2016 and finish up about a year later.

The museum’s exhibits have been moved to a climate-controlled space while work is underway at the Exchange Building, and Little said some of the items will be available for the public to view. A majority, though, will be in safekeeping until the facility reopens. The city of Petersburg maintains and operates the museum.

Once the Exchange Building reopens, Little said the city plans to add even more exhibits and broaden its reach.

“We want to make sure that people understand that this is a necessity for the facility, but we’re not totally changing the focus of the programming there, we’re expanding it,” he said.