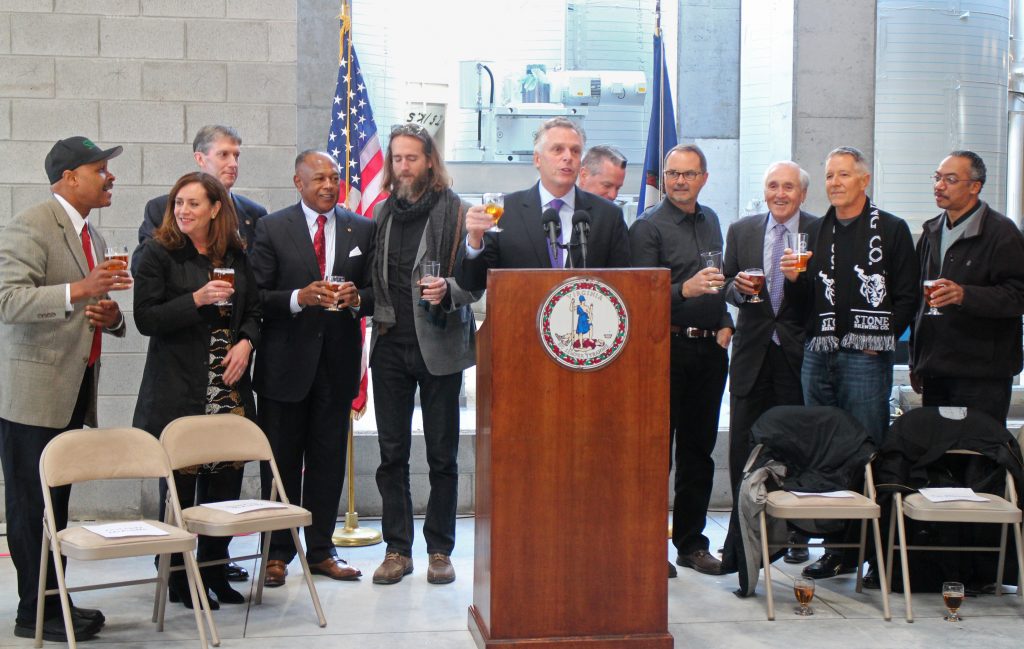 Some big names in local and state government raised their glasses to the raising of the roof of Stone Brewing Co.’s East Coast headquarters last week.

Gov. Terry McAuliffe and Mayor Dwight Jones convened at the site of Stone’s new brewery at 4300 Williamsburg Ave. to toast the lifting of the building’s roof so its massive fermentation tanks could be lowered into the 200,000-square-foot facility.Members of Stone’s executive ranks were also on hand. 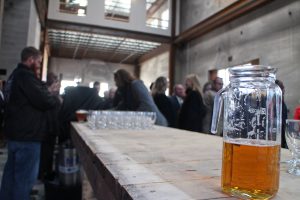 Stone is expected to start churning out its beers locally next year.

“It’s been a phenomenal experience,” Stone COO Pat Tiernan said of the development process. “You guys have done what you said.”

McAuliffe touted the economic impact craft brewing is having in Virginia – Stone’s Richmond operation will add 300 jobs. And there are more than 130 craft breweries in Virginia. McAuliffe said he planned to be the first governor in Virginia’s history to visit them all.

“It is not easy being governor,” he quipped.

McAuliffe took the opportunity to relish in the region’s successful luring of Stone.

“They are not doing this in Ohio today,” McAuliffe said in reference to one of the locations Stone considered for its East Coast headquarters. “They are doing this in Richmond, Virginia.”

Hourigan Construction broke ground on the site in February and is expected to be done in January, CEO Mark Hourigan said. Operations are scheduled to begin in the spring. The city’s economic development authority is issuing bonds for the construction of the brewery and will lease it to Stone.

Stone also has plans for a nearby Stone Brewing World Bistro & Gardens, but work will not begin on that project for a few years.