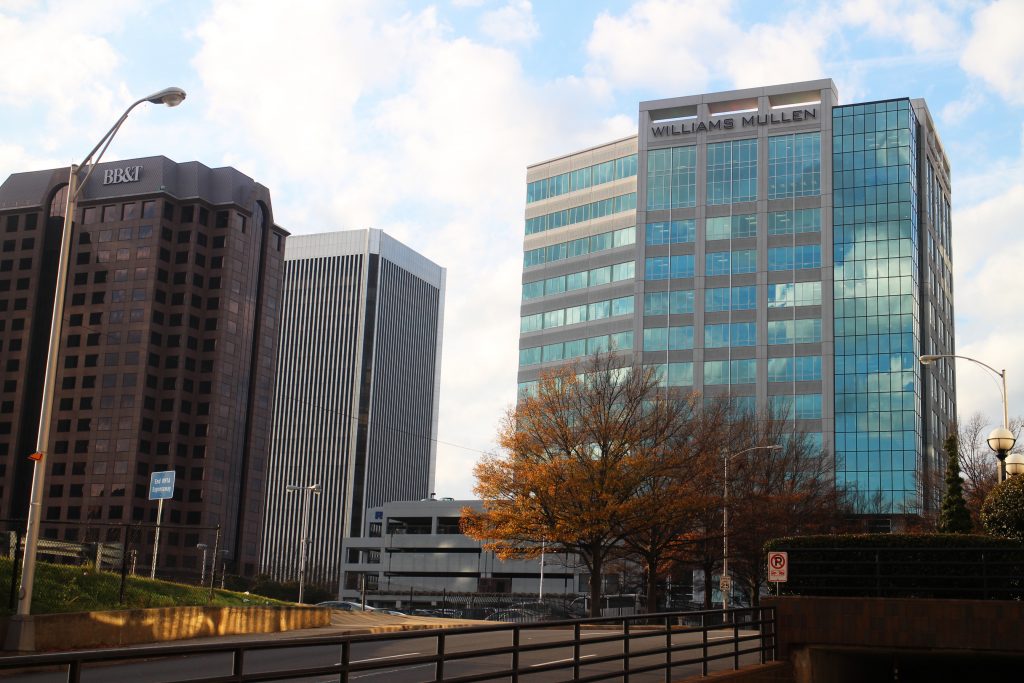 The developer of the Williams Mullen Center is unloading the property. Photos by Evelyn Rupert.

The downtown office market is set to start the new year with a bang.

The 15-story Williams Mullen Center at 200 S. 10th St. is in the process of being sold for $78 million to an undisclosed buyer.

Should it close as expected in the first quarter of 2016, the sale would be the largest office deal in the city since the MeadWestvaco building sold for $143 million in 2013.

Armada Hoffler said in a release that it has agreed to sell the 5-year-old property, along with another office building in Virginia Beach, to help fund its pending $170.5 million acquisition of 11 retail centers in Virginia, North Carolina, South Carolina, Texas, Tennessee and Indiana.

The company did not return calls and emails seeking comment on the deal.

Williams Mullen CEO Woody Fowler said in an email that the sale will not affect the firm’s place in the tower.

The company is also working with locally based Genesis Properties on the $31 million redevelopment of the 700 Centre building downtown on East Franklin Street.