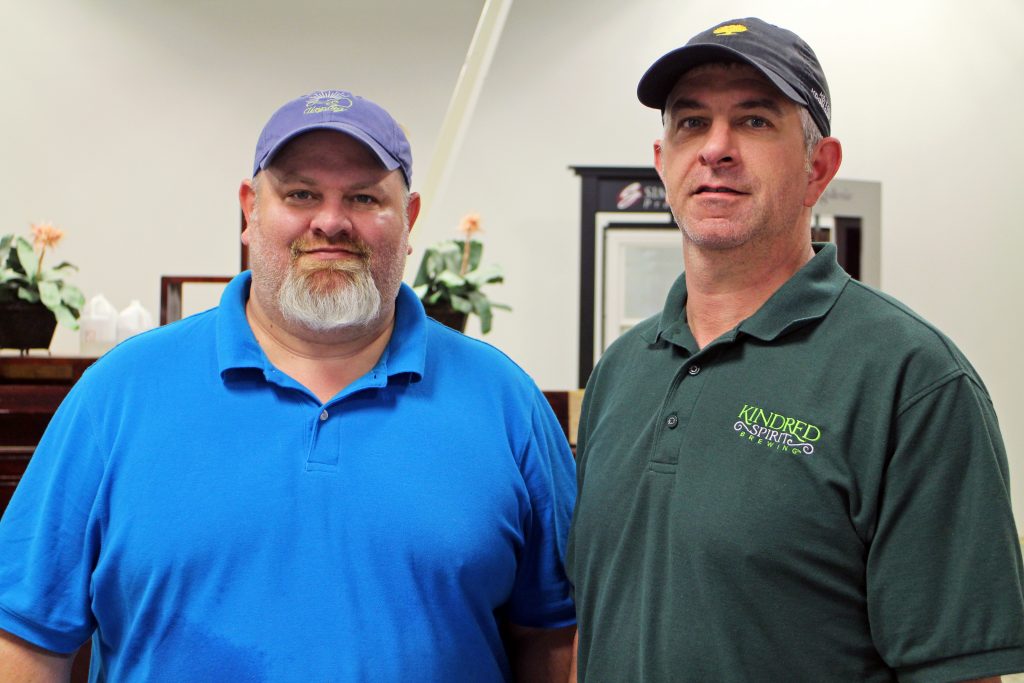 Goochland is getting boozier.

Kindred Spirit Brewing, the latest startup in the area’s continued wave of new breweries, has found a home at 12830 West Creek Parkway just off Route 288 in Goochland County.

Joe Trottier, who is launching Kindred Spirit along with two investors, said they plan to open a production facility and tasting room in their leased 10,500-square-foot space.

When it launches as planned in late April, Kindred Spirit won’t be far from its fellow brewers. Hardywood Park Craft Brewery’s new $28 million facility is under construction about a mile away in West Creek. And Goochland is also home to Midnight Brewing on Granite Ridge Road in Rockville and Lickinghole Creek Craft Brewery on Knolls Point Drive, both of which opened in the past few years.

Trottier said he thinks being near Hardywood will help Kindred thrive in what he described as Goochland’s underserved market.

“The marketplace in Richmond is ripe for more brewing companies,” he said.

A Midlothian High School graduate, Trottier has spent the last decade working at an ad agency in San Antonio, Texas. He said the idea to open a brewery in his hometown was partly inspired by his brother Jason, who works in the retail side of the wine and beer industry and will serve as Kindred Spirit’s general manager.

“It was an idea hatched between my brother and myself about 18 months ago,” Trottier said. “I have a passion for running businesses.”

Trottier moved back to Midlothian in June to launch Kindred Spirit. He said the venture has an opening budget of $1.5 million. He and his investors – Trottier declined to give names but said his brother is not an investor – are financing it themselves and with help from Wells Fargo. Brian Bock of Taylor Long Properties represented the group in the leasing of their Goochland space.

Kindred Spirit will have an 8.5-barrel high-efficiency brewing system, which Trottier said will allow it to make 12 batches of beer in a 24-hour period; the norm is closer to three batches.

The tasting room at Kindred Spirit will have between 12 and 18 taps to serve the beers produced on-site. Trottier said he plans to offer a range of brews and hopes to put some extra focus on India pale ales.

“Our goal is to deliver to the market one of the best IPAs.” he said. “We have a very hop-forward-thinking group.”

The venture has yet to pick a distributor and is still deciding whether it will do bottles or cans when it comes time to package its beer. Trottier said initially Kindred Spirit will look to get into restaurants and shops that offer draft beer to-go.

Kindred Spirit joins a growing batch of craft beverage makers in the works around Richmond. They include Three Notch’d Brewing Co., The Veil Brewing Co., and Buskey Cider, all of which plan to open in Scott’s Addition.

That’s not to mention the dozen or so local breweries, cideries and distilleries already up and running.

Despite that increasingly crowded market, Trottier said he hopes Kindred Spirit builds a reputation as “a cool, comfortable place to come have a beer.”

Looking forward to expanding your directory listing on the Cheers Virginia site, Joe and Jason! – http://www.cheersva.org/directory/listing/kindred-spirit-brewing

I actually work not far from your location and look forward to a visit as well.

Joe, Welcome to the brewing neighborhood. Cans are the way to go. Lets catch up some time and please check out our website.
Cheers
-Mike

Congrats Joe and Jason on your new venture! Show the world your new brewery and drive the business in! http://www.Richmondcorporatevideo.com
Look forward to visiting at your grand opening.
Bests,
Ivan