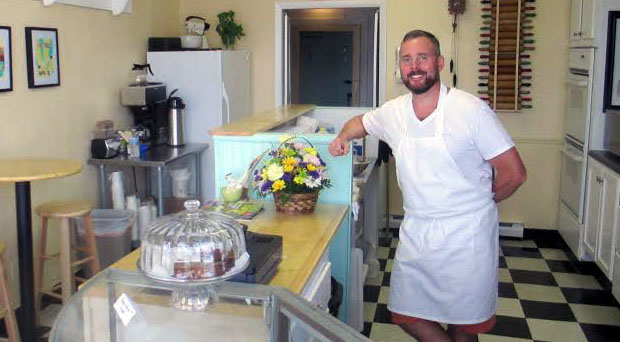 Tim Laxton will move his biscuit shop to the Fan. Photos by Michael Thompson.

A local biscuit maker is alighting in the Fan.

Early Bird Biscuit Co. & Bakery is relocating from Lakeside to a larger space at 119 N. Robinson St., where it plans to open March 1.

Owner Tim Laxton, who launched Early Bird last year out of a 378-square-foot spot on Lakeside Avenue, said the move was brought about by a need for more room to accommodate the lines that regularly form out the door of his shop. 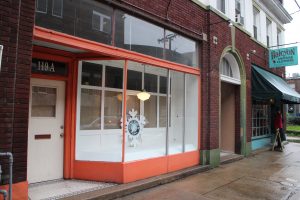 Early Bird is moving into the space next to Halcyon Vintage Clothing on Robinson Street.

“We have been really challenged with the size of the building we’re currently in,” Laxton said. “I had no idea Richmond would grasp on to the biscuit the way that they have.”

The move to the Fan, first reported by Style Weekly, will give Early Bird four times the space with 1,200 square feet. The storefront was previously home to Y & H Mercantile.

The new Early Bird will have an expanded breakfast and lunch menu and will add espresso drinks, but the focus will still be on biscuits.

Laxton plans to hold baking classes and workshops at the North Robinson Street space, as well as live bluegrass in a nod to his Appalachian roots.

Laxton would not say how much the move is costing. He hopes to finance it himself.

He said his last day in Lakeside will be sometime in February.

Cant wait for this move as it will be much closer and accessible (for me at least). If you haven’t tried Tim’s creations, you are missing out on something special. A great American success story! Way to go Tim.

This is great news for Robinson Street and will be very well received. Looking forward to many visits. – Travis Hamilton w/ U-Fab

Tim is a great guy and his biscuits are awesome. Glad he is growing and needs more space. His new shop is farther away from me but that’s ok, I will still stop in regularly.