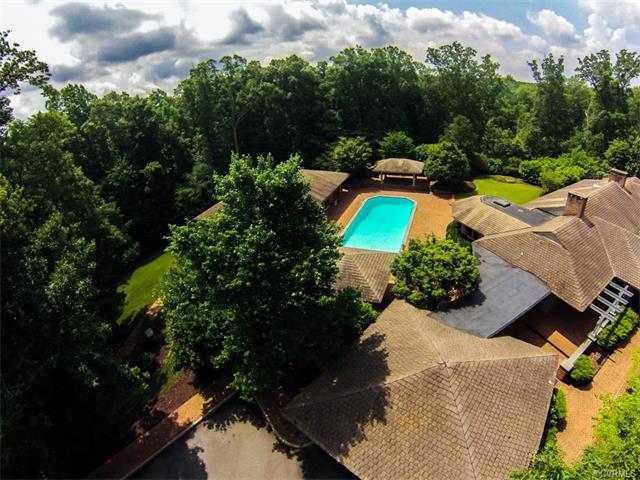 A sprawling home on 15 acres in Goochland County sold a few months after being relisted at a lower price. Photos courtesy of CVRMLS.

Million-dollar homebuyers’ eyes were drawn west as the sun was setting on 2015.

The three highest-priced home sales in the area in December all occurred in Goochland County, according to data provided by the Central Virginia Regional Multiple Listing Service.

At the top of the list was a nearly 50-year-old home on a 15-acre estate that sold for $1.5 million, followed by two brand new homes on the same waterfront street in the Kinloch community that sold for $1.29 million and $1.24 million. 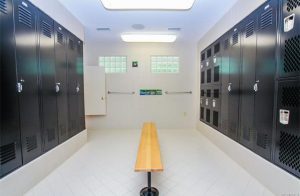 The home’s pool house comes complete with locker rooms and a sauna.

County property records list the buyers as Steven J. Maestrello, a rheumatologist and assistant clinical professor at VCU’s MCV campus, and Laura B. Maestrello, owner of FundaMentals of Mind, an education consulting business.

The property was listed by Philip Innes of Re/Max Commonwealth, who represented Parker in the deal. Innes declined to discuss his client’s reason for selling, but he said the deal had been in the works for a number of months.

Built in 1968, the 13-room house spans 9,300 square feet, with six bedrooms and 8½ bathrooms across two levels. Other rooms include a study and recreation room.

The two-story pool house includes a kitchen, two locker rooms, changing areas and baths. The lower level also features a theater room and sauna. Other amenities include a two-story garage, work shop and dog kennel, as well as a covered viewing area and locker room beside the tennis court.

He said the buyers first expressed interest in the property when the price dipped just below the $1.8 million mark.

“We had worked our way down on the price over that time,” Innes said. “The house needed some updating, so we pulled it off the market for a while, reduced the price and then put it back on the market.”

Innes said the home’s amenities – which also include a hot tub, tennis court, private drive, and the sizeable acreage – along with its location at the end of the dead-end street, made pricing a challenge.

“At the end of the day, something like that was so unique,” he said. “With all those amenities, it’s hard to price something, because you never know if the right buyer’s out there.

“After being on the market long enough, we realized the right buyer was there; we just had to come down in price.”

Where 6 Roads End Lane was reduced in price before it sold, the two homes in Kinloch both sold above their original list prices.

Rounding out the list for December were two homes in Henrico: