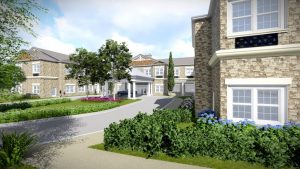 Niki Curci Scott was selected to chair the American Heart Association’s 2015-16 Go Red For Women campaign in Richmond. Scott is the executive vice president and national retail sales manager for SunTrust Mortgage. Go Red For Women is an initiative aimed at encouraging women to take charge of their heart health.

The Science Museum of Virginia will soon sport a new exhibition gallery, Speed, that will feature the world’s fastest and highest-flying production aircraft, the SR-71 Blackbird. 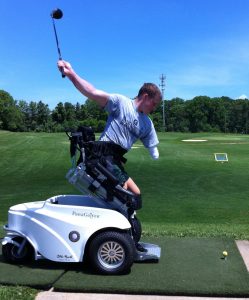 A golfer takes a swing with help from the ParaGolfer.

The Doorways has a new signature event, Splatter that Matters, a corporate paintball tournament to be held on April 16, 2016 at Bon Secours Washington Redskins Training Center.

Local nonprofit Stand Up and Play Foundation has received a $220,000 donation from Stars for Heroes, a national organization that raises money from restaurant chains and donates to nonprofits that benefit veterans. Stand Up and Play is dedicated to helping wheelchair users and other individuals, particularly veterans, stand up and participate in sporting and daily events via the ParaGolfer, which allows them to be lifted into a standing position with a full range of motion for swinging a golf club.

$1M Cups is a free weekly event that provides support to new entrepreneurs. Meetings are held every Wednesday from 9 a.m. to 10 a.m. in VCU’s Depot building.

The Chesapeake Investment Group gave $1,000 to the Evelyn D. Reinhart Guest House, a donation that will directly support 22 families in need. 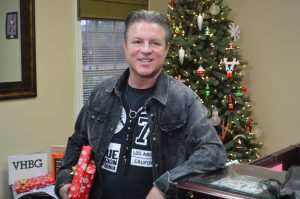 FeedMore was presented with an $82,109 check from Kroger, which will provide 328,000 meals to Central Virginia families.

Local entrepreneur and investor Pat Hull has donated 70 tablets to young people living at the Virginia Home for Boys and Girls, along with free software loaded onto each tablet, including a reading education platform and a code education tool that will teach kids to write their own technology patterns.

Amy P. Nisenson, a local philanthropy professional, has been certified as a coach by Coach U, a provider of coach education and services for businesses. Nisenson specializes in coaching nonprofit professional individuals and groups.

The American Institute of Architects has created the Helene Combs Dreiling Annual Scholarship to honor its current executive director and CEO. The scholarship should be fully endowed and available by 2017 and will be awarded to students, interns and young professionals up to 10 years after receiving their degree. 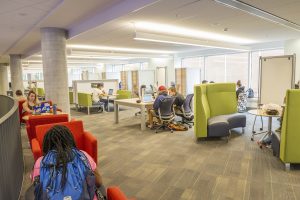 VCU Libraries received a $1 million challenge grant from the Cabell Foundation that will assist the university in outfitting and equipping the new James Branch Cabell Library.

Scott Ruth, managing broker for Long & Foster’s Tuckahoe office, was named the Realtor of the Year by the Richmond Association of Realtors.

LeClairRyan lawyer Rodney Adams has been selected to teach a bioethics and health law class in VCU’s Master of Health Administration program.

LeClairRyan was recognized by BTI Consulting Group of Wellesley, Massachusetts, for its client service.

Milton’s Local all-natural, thick-cut bacon was named one of the best meat and seafood items of 2015 by Relay Foods. Milton’s Local works with family farms that raise their animals free of antibiotics, hormones and steroids.

The Virginia Museum of Fine Arts’ weekly jazz performance is now sponsored by Dominion, and has been renamed as the Dominion Jazz Cafe. The event is free and every Thursday showcases musicians representing all facets of jazz.

Kimberlee Sours, manager of supplier diversity at Capital One Financial Corp., was awarded with the 2015 Supplier Diversity Advocate of the Year Award by the National Gay and Lesbian Chamber of Commerce.