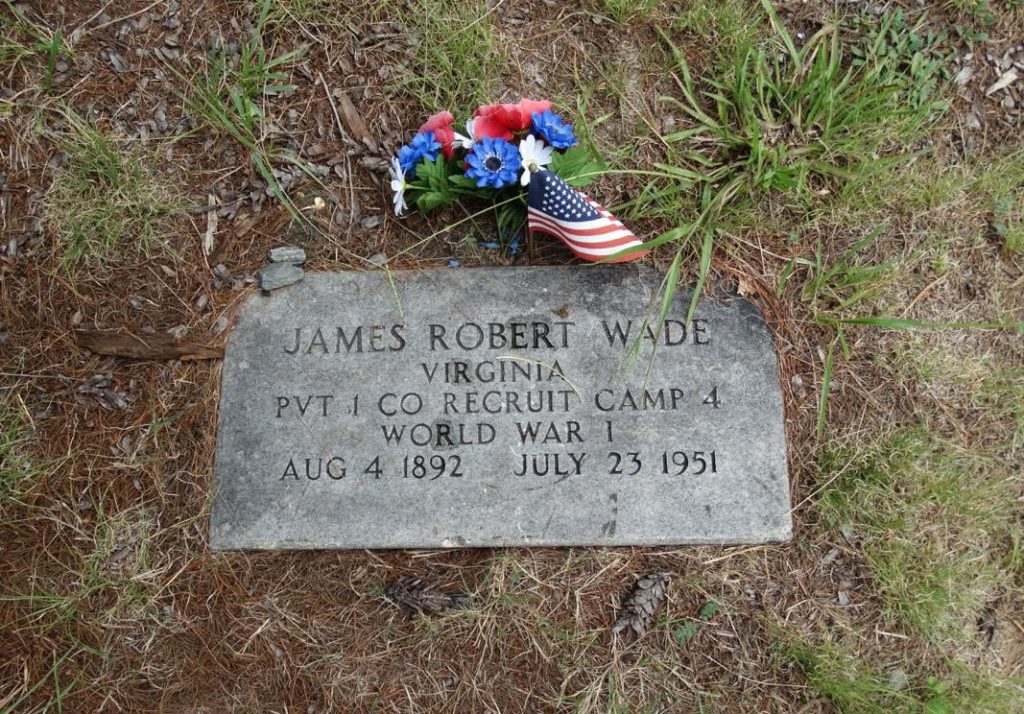 A small cemetery, believed to contain eight graves, is adding an extra step to a Henrico development. Photos courtesy of Lyle Browning.

A local developer is opting to move a family cemetery to make way for a new subdivision in western Henrico County.

Duke Development is applying for a permit from the state to relocate eight graves on the site of a planned 59-home subdivision off Nuckols Road, just west of its interchange with Interstate 295.

Developer G. Brian Duke, who is working with partner Robert Dewbury on the subdivision, acknowledged the graves last October, when the project received support from the county Planning Commission. A required rezoning was approved by county supervisors the next month.

At that time, Duke said he had hired an archaeologist to assess the cemetery and determine whether the graves could be relocated. Duke, who did not return requests for comment for this story, said the graves were in the path of a planned extension of Parkland Drive, which would serve as one of two entrances to the development.

The archaeologist, Lyle Browning of Midlothian-based Browning & Associates, is handling the permit application for Duke. He said he plans to file the application with the Virginia Department of Historic Resources after a required 45-day public comment period, which is set to expire Feb. 11.

Browning said the graves are believed to belong to members of a family who once owned the property. The graves include one headstone, for James Robert Wade, a World War I veteran who died in 1951.

Others buried at the site are believed to be members of Wade’s family. Browning said a document from the Henrico County Historical Society states that the family, who were farmers and blacksmiths, purchased more than 100 acres in Henrico after moving from neighboring Goochland County in the late 1800s. A private road on the property, which is beside Twin Hickory, is called New Wade Lane. 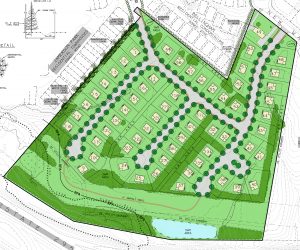 The plan calls for 59 homes. Plan courtesy of Duke Development.

Browning said James Robert Wade, who he believes to be the most recent burial, was enlisted in the Army despite missing his right thumb and forefinger, according to his draft registration. After serving in World War I, he returned to the family farm and never married.

Browning said he has tried to contact the source of the information provided to the Historical Society, with no success. He said that person and a relative, possibly kin to the Wades, reside in Mechanicsville but have not answered his calls.

If he reaches or receives comments from descendants of the family, they would determine where the graves would be relocated, Browning said. If the comment period expires and no input is received, the permit to relocate them could be awarded within a matter of weeks.

Joanna Wilson Green, an archaeologist with the Department of Historic Resources, handles permit applications. She said she has not been made aware of Duke’s intention to move the graves and apply for a permit, even though her name is listed in required public notices.

Green said it’s not uncommon for developers to solicit public comments before applying for a permit. So long as they can prove a public comment period was held, they would still be eligible to receive a permit.

“I think people like to get through the public notice process,” she said. “I think they hope that there won’t be a comment, so they can come to us at that point and say, ‘This is what we’d like to do and no one has objected.’

“If that’s the case, terrific; we will work with the people directly involved. But if that’s not the case, then there is a mechanism for making sure that the public is involved in part of these discussions.”

Such was the case for Summerduck Farm, a 68-home project in Hanover County. An unmarked grave found at the site prompted developer Rogers-Chenault Inc. to seek a similar permit and solicit public comments.

Descendants of a man believed to be buried in the grave submitted comments opposed to having the grave relocated. While the family remains opposed, Browning said, plans are in place to exhume the remains and, if confirmed to be the man, rebury them at Forest Lawn Cemetery.

While that process has taken several months, due to meetings with the family and inclement weather, Browning said, the process for Duke could play out over the course of 3½ months, he said, if the permit is approved and no opposition is received.

Browning said the cost to the developer is difficult to determine before confirming the number of graves to be moved. While eight are believed to be there, and his equipment has confirmed at least two, there could be more, he said.

“I had one where the family matriarch used to wash dishes and look out her window at her family plot who stated emphatically that there were nine people (buried). We got 25,” he said. “That’s a big issue in archaeology, is the inability of anyone to determine in advance how many burials there are.”

Browning said the cost for relocating the one grave at Summerduck Farm could range between $4,000 and $5,000. While he declined to discuss numbers, citing industry competition, he said he charges a standard hourly rate for work that includes the permit application, which does not cost a fee, research, meetings held, and the actual exhumation. Forensic analysis and relocation and reburial costs add to the overall cost to a developer.

“The first preference for anybody – us archeologists included – is to leave the person alone and let them remain there,” Browning said. “But economics being what they are, it just depends on the situation as to which way it goes.

With this project, Browning said, “The driveway into the place has to be a certain width, and to get that width, they’re going to have to move the graves. Plus, I don’t think people want to see a graveyard as they drive into a new development.

“I suppose the bottom line is that the developer wants a clean bill for the property, and a cemetery can be viewed as a definite encumbrance – unless it’s an old home, wherein it seems to actually increase the cachet for it.”

Duke’s 59 homes would add to an existing house that will remain on the site. Two other existing homes will be removed as part of the project. Construction is slated to begin by this fall.

Thank you for this story. Although it is normally cited that “due diligence” was used to notify family members when a burial relocation is requested, the amount of effort for this can be negligible. I saw the legal notice in Times Dispatch of 21 Jan 2016 and, as a member of Henrico Hist. Soc., have attempted to notify any local family of the proceedings – since other parts of the newspaper get a greater readership. Also supposedly buried here are: Samuel Percy Wade (1881-1956) and Mary Ann “Mollie” Wade, nee Sherwin, (1858-1945). They had a large local family. Many other… Read more »

This is truly upsetting. Nothing is sacred. The next thing you know we will be reading about relocating all of Hollywood Cemetery because someone wants to build and profit from its fantastic views. Surely there is some way to leave the burial site alone. Who wants to buy a house on top of someone’s former grave?

I have many ancestors, including Wades, that hale from Henrico Co, VA. I would hate to think that their record would be lost forever. I am still trying to find many of them.

The Henrico County Historical Society was never contacted about this project.

Does anyone know if the surviving family members have been contacted? I hope they have been and I hope they oppose the relocation of their family graves. What really gets me is the lack of empathy for the family buried where a corporation wants to build homes to make money! I know I’m going to do all I can to locate this family and make sure they know what’s going on with their deceased family members!