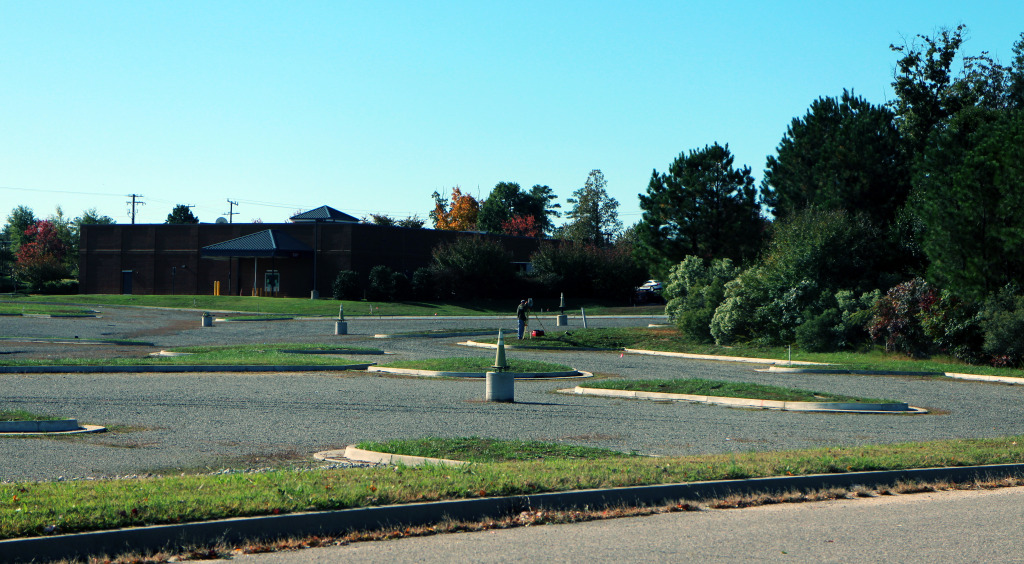 Much of the site work at Nuckols Place was completed by Ukrop’s for a store that wasn’t built. Photo by Burl Rolett.

Another new player is elbowing into Richmond’s crowded grocery market.

Publix Super Markets Inc. has signed on to open its first area store in the forthcoming Nuckols Place Shopping Center at 5400 Wyndham Forest Drive, near the intersection of Nuckols and Twin Hickory roads.

The Lakeland, Florida-based grocery chain will anchor the 107,000-square-foot development, which sits on land originally readied by Ukrop’s.

CBRE | Richmond’s David Crawford and Kevin South assisted the grocer in finding a Richmond location. Crawford said Publix had been looking for a site in the area for about two years. 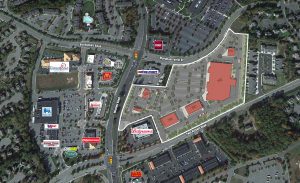 A rendering of the planned Nuckols Place.

Publix’s Glen Allen store will be about 49,000 square feet, Crawford said, adding that the grocer has signed a long-term lease for the location. It is unclear when construction will start, but Publix said in a release it plans to open in 2018.

“Entering the Virginia market was a natural progression for them in terms of their expansion throughout the Southeastern U.S. and up to the Mid-Atlantic,” he said. “They’ve entered North Carolina, and their distribution network can handle Virginia, too.”

Publix also announced plans today to open a store in Bristol, Virginia. It operates stores in Florida, Georgia, Alabama, Tennessee, South Carolina and North Carolina. It is the largest employee-owned grocery store in the country, according to its website, operating over 1,100 locations.

The 15-acre Nuckols Place was sold last July by Ukrop’s Super Markets Inc., which had held the parcel since 2003 and prepared the site for development. Ukrop’s previous plans to build a store there were halted when the chain sold to Martin’s. The buyers were Maryland-based Virginia Financial Investors and the Peterson Cos., a Northern Virginia developer.

Publix is one of several new grocery chain arrivals vying for a piece of the Richmond market. Wegmans will open its first Richmond stores this year, and German grocers Lidl and Aldi continue to dot the local map with multiple stores respectively. That’s in addition to considerable operations here from Kroger, Food Lion, Walmart, Martin’s and others.

Sure wish Publix would come to Virginia Beach. Loved shopping there while in Florida.

Love this company. There is a perferct place for a Publix located on Jefferson Davis Highway. It used to be a giant open air supermarket and nothing has been there since. This area is in south Richmond is in definite need of another grocery store. We only have a Food lion. Please consider this space near walmsley an JDH..thanks

Love Publix always go them them when we go on vacation

Hurry Publix !!!!
This Floridav girl transplanted to Virginia needs you !!!

I’VE HEARD SUCH GREAT THINGS ABOUT PUBLIX’S STORES FROM CUSTOMERS THAT HAVE ACTUALLY SHOPPED IN YOUR FLORIDA STORES,I’M LOOKING FORWARD TO PUBLIX’S COMING TO VIRGINIA CENTER [FORMALLY MARTINS] I WORKED FOR UKROPS/MARTINS 18 YEARS CUSTOMER SERVICE I MISS MY MARTINS I LOVE PEOPLE MISS OUR CUSTOMERS ALOT BUT I’M LOOKING FORWARD TO SHOPPING AT PUBLIX’S ALSO. HOPING THERE WILL BE A JOB FAIR I HEARD PUBLIX’S IS ALSO A GREAT COMPANY TO WORK FOR I WANT TO APPLY ALSO.