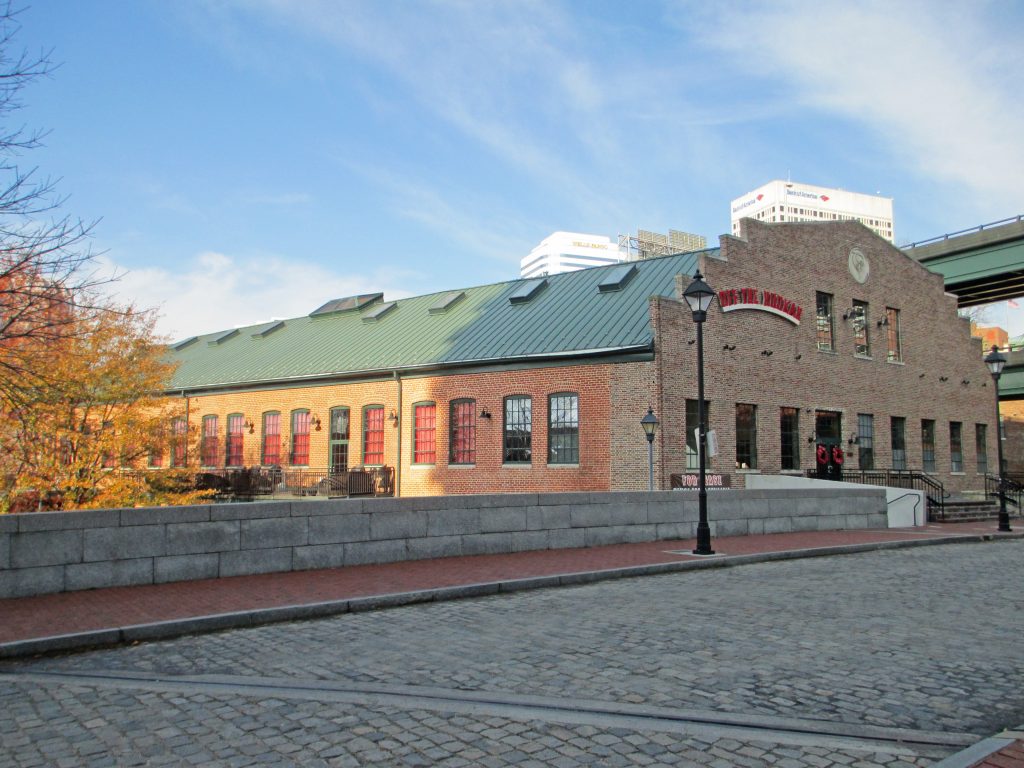 CarMax will open up a new office in the Lady Byrd Hat building along the canal. Photos by Jonathan Spiers.

After decades in the suburbs, a local Fortune 500 is adding a downtown office space it hopes will attract some new tech-savvy talent.

CarMax has signed a lease with Fulton Hill Properties for a 26,000-square-foot space in the Lady Byrd Hat factory building at 140 Virginia St. It marks the used car retailer’s first foray into downtown Richmond.

The space, which previously housed the music venue Toad’s Place, spans two floors and a mezzanine level in the historic building along Richmond’s Canal Walk.

The space will be used to house between 80 and 120 employees in the company’s new digital and technology innovation center. In conjunction with the lease, the company is also hiring for more than 50 new positions, some of which would be located in the downtown office.

“With the original hardwood floors, the exposed brick and beams, tall ceilings, we think it’s going to be a great environment for our planned innovative space,” Gryp said. “And downtown Richmond is a really popular destination. It’s a really vibrant place for people to work, and we’re hoping that it’s going to attract some great talent.”

CarMax plans to overhaul the space to fit its needs, Bartusiak said. She could not say whether a construction firm has been hired or when construction is expected to start. A timeline for the company to move into the space has not been established. 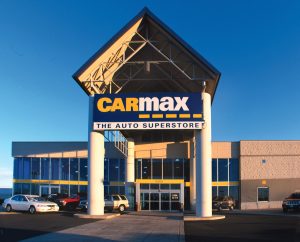 CarMax is embarking on a nationwide push for more retail locations.

The lease for the space was signed this week. The number of years on the lease and other terms were not disclosed.

“We’re really proud to add a second location in our hometown,” Bartusiak said. “We really feel like the space is the best solution for our needs, and it’s also very cost-efficient for CarMax.”

Bartusiak said she did not know whether CarMax signage would be added to the building’s exterior. She said such decisions would be determined through the construction process.

CarMax began its search for downtown office space last year. It worked with Cushman & Wakefield | Thalhimer on the search, according to Fulton Hill Properties.

With the addition of CarMax, the Lady Byrd Hat building is now more than 95 percent leased, according to Fulton Hill, which revamped the building after purchasing it in 1996. Built in 1894, the building originally housed the Virginia Paper Co. before The Lady Byrd Hat Co. located there in 1965.

Gryp said the digital and technology innovation center would focus on building out the company’s e-commerce capabilities. A goal is to create a seamless transition between the company’s retail stores and its website, where Gryp said more customers are beginning their car shopping.

The 50 or so new positions will include application architects, user experience designers, security analysts and software developers.

The new office comes as CarMax is looking to open between 13 and 16 new stores nationwide each of the next two years. It currently operates 155 stores in 77 markets, including two in the Richmond area: at Innsbrook and in Midlothian. It moved its corporate offices to West Creek from Innsbrook in 2005.

Last week, CarMax announced a leadership succession plan that will see the retirement of CEO Thomas Folliard, who has led the company since 2006. Currently ranked 232 on the Fortune 500, the company was founded in the 1990s as an offshoot of Circuit City and later spun off in the early 2000s.