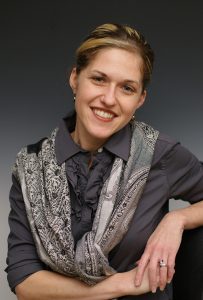 One of Richmond’s latest startup competitions is upping the ante this year with a trip to Silicon Valley.

The local chapter of Aging2.0 is hosting a pitch event April 7 for the San Francisco-based organization’s Global Startup Search, a competition for companies developing goods and services catered to senior citizens. The local event will be held at Genworth Financial’s offices at 6620 W. Broad St.

Up for grabs is a cash prize, free mentoring services from SCORE Richmond and a plane ticket to San Francisco in October to compete against other regional finalists in the competition. The grand prize of the competition is $2,500.

Aging2.0’s focus is on improving the lives of older adults through entrepreneurial events and programs. The organization has 30 volunteer-run chapters across North America, South America, Australia, Europe and Asia.

The Richmond chapter was started last year by Sara Link, the director of Greater Richmond Age Wave, an umbrella organization for entities involved with empowering seniors. Link said the groups’ similar missions inspired her to start a local Aging2.0 chapter.

“Richmond is really a hotspot for growing older,” Link said. “I knew that we would be a great place to introduce a program of this nature and also to grow it.”

Aging 2.0 is a national organization based in San Francisco.

The chapter held its first pitch competition last year at VCU’s School of the Arts building at 814 W. Broad St. The winner was Lindsay King Seymour, who won $200 for a concept called “Catch a Glimpse of Me” that would help care providers understand residents better through videotaped interviews. Five other contestants participated in the event.

“It was an opportunity for local people and organizations to come together and see what a pitch competition is,” Link said.

She said Richmond’s Aging2.0 is now accepting proposals for the pitch in April that will be made to a panel of judges. There will also be a people’s choice award that will be decided by an audience vote. To apply, contestants can email the local organization, which is deciding contestants on a case-by-case basis.

The chapter is holding an event March 24 at Final Gravity, at 6118 Lakeside Ave., to share more details about the competition.