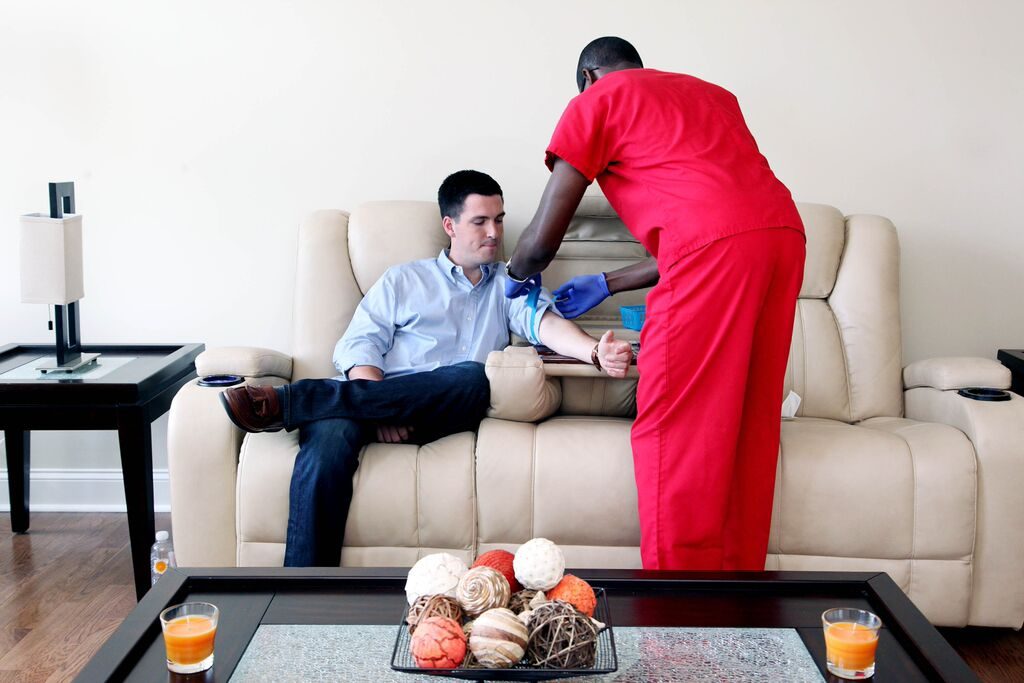 An Iggbo phlebotomist draws blood from a patient at home. Photos courtesy of Iggbo.

Iggbo, which got its start in Richmond last year, recently completed a $3 million capital raise, according to SEC filings.

Founded by Mark Van Roekel, Nino Valentine and Shaiv Kapadia, Iggbo is a tech-based logistics company that uses an Uber-like system of connecting independent phlebotomists with doctors and patients, streamlining the way blood samples transition from patients to laboratories.

According to the SEC filing, Iggbo’s equity raise pulled in just over $3 million from 10 investors, with a minimum individual buy-in of $50,000. The company had set a ceiling on this raise of $3.1 million, the filing shows.

Iggbo had a fast rise after it was first launched, contracting 3,000 phlebotomists within the first 60 days and launching in 18 cities by the summer. Now, it has contracted over 6,000 phlebotomists, has moved into 120 cities, and has 30 employees working out of its headquarters at 2575 Homeview Drive.

That’s a FREE stock photo available to anyone on the internet. It is not an IGGBO phlebotomist. That FREE photo is also part of our advertising campaign.

Congratulations to the founding members! Nino Valentine came and spoke in one of my classes for VCU’s MBA program and I could not have been more motivated. If anyone gets a chance to speak with him, ask him about his life story and his “Recipe for Success”. It was a very moving speech he gave that I will remember for a lifetime. Hats off to Nino and his colleagues!