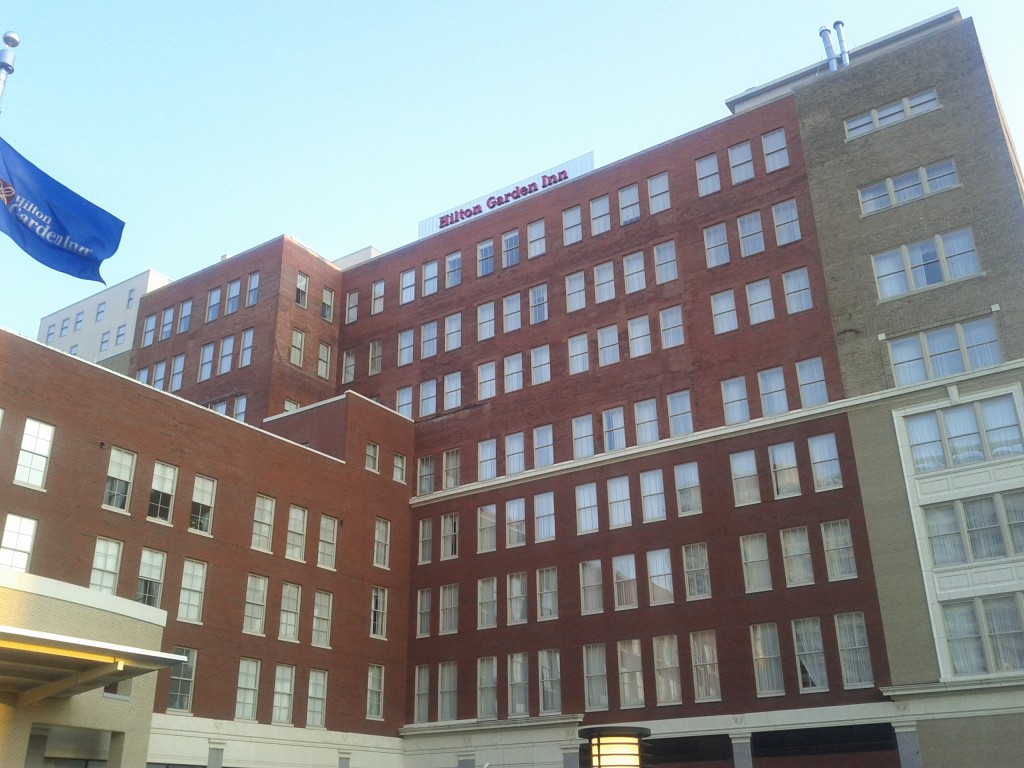 The downtown Hilton was initially a Hilton Garden Inn after being converted from the Miller & Rhoads department store.

With its new space reserved on East Broad Street, a longtime downtown restaurant is checking out of its space in Shockoe Slip.

La Grotta’s last night of business in the Slip is scheduled for July 2. Chef and owner Antonio Capece opened the restaurant in 1994. He could not be reached for comment about the move. The restaurant’s press release said the move will allow it to accommodate larger meetings and private parties.

In 2012, Capece and his partner had a disagreement with their landlord in Shockoe Slip that led to a lawsuit. The case was eventually dismissed, court records show.

When La Grotta opens in August along East Broad Street, it will join a growing pack of restaurateurs downtown catering to diners with money to spend, particularly one block over on East Grace Street. Julep’s, Rappahannock Restaurant, Pasture and Lucca Enoteca Pizzeria are all nearby.