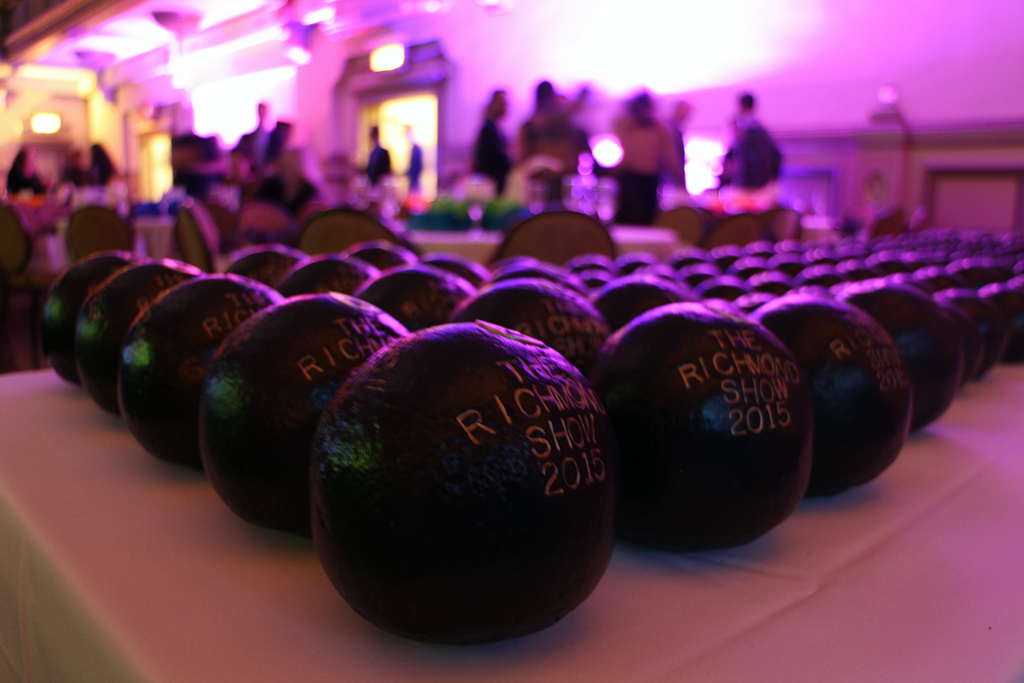 The Richmond Ad Club gives out cannonballs each year. Photos by Jonathan Spiers.

Two veterans of the local ad scene were among those honored at this year’s Richmond Show, the annual awards show of the Richmond Ad Club.

Susan Dubuque and Roger Neathawk, founders of the agency ND&P, now known as ndp, were awarded the Mike Hughes Ad Person of the Year award, presented annually to recognize achievement in the industry.

The event also presented dozens of the ad club’s coveted cannonball awards to local directors, producers and others whose work was selected by a panel of out-of-town judges.

“The point of the awards show is to honor creativity in Richmond,” said outgoing ad club president Christina Dick. “It’s the one time out of the year when everybody can see what the other agencies have been up to all year.” 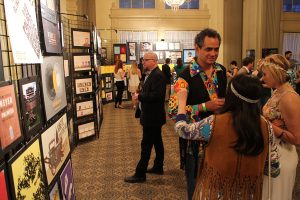 The Martin Agency picked up two best-in-show awards in the advertising and interactive categories. Its “Spy” ad for Geico, featuring a mother who calls her son at a bad time, won cannonballs for Ken Marcus and Sean Riley. And the agency’s “Pre-loader” social media campaign for Tic-Tac won best-in-show awards for John Szalay and Mark Habke.

Best-in-shows also went to Hue & Cry in the production category for its “Power of a Box” campaign for CARE Foundation; Work Labs for its design work for client Truth Reels; and VCU students Shane Brennan, Brit Kern and Annalie Robinson for “An Institution for Music” for Spotify. 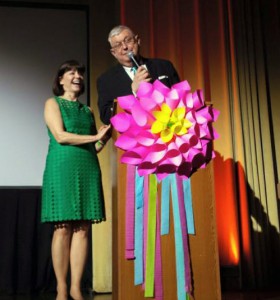 Dubuque and Neathawk were recognized for the recently rebranded ndp’s three decades’ worth of campaigns, including last year’s pro bono multimedia campaign for the Virginia Museum of Fine Arts’ exhibit, “Japanese Tattoo: Perseverance, Art and Tradition.” The campaign culminated with the agency’s building at 1 E. Cary St. being “tattooed” with a Japanese art-inspired mural.

The pair founded the agency in 1984, later acquiring the Roanoke-based Packett Group in 2004 to create Neathawk, Dubuque and Packett, or ND&P. Just a week before the show, the agency dropped the ampersand, adopted a new logo and renamed itself ndp.

“Their contributions to the advertising industry and our community are so important,” Dick said in a release. “Roger and Susan have dedicated their lives and the resources of their firm to improving the lives and well-being of others, especially those in the nonprofit sector.” 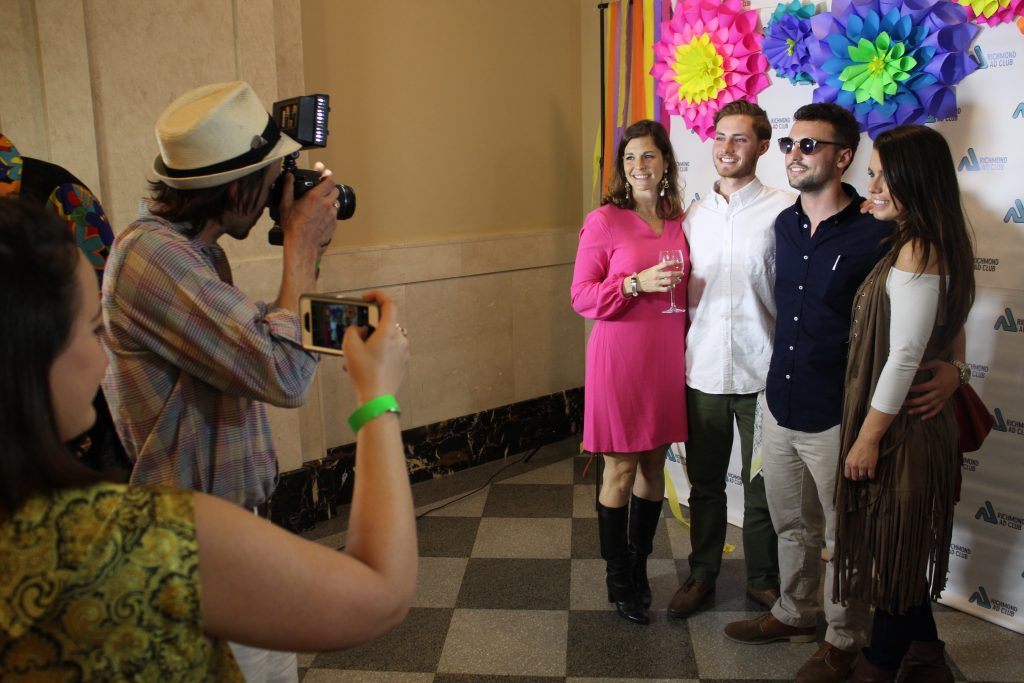 More scenes from the evening.

It was THE best Richmond Awards Show Night that I’ve ever had the pleasure to attend. And, I’ve been attending them off and on since the 70’s, too! The Richmond Ad Club’s President, Christina Dick, has set the bar higher than ever with her crew! Congratulations to all the winners. It was humbling to be in the same room with such a full crowd of amazing international talent! These people not only win top awards in Richmond, they win top awards in the world; bringing home Lions from the Cannes Film Festival, annually. Top awards in international shows like the… Read more »

I also want to acknowledge both Susan Dubuque and Roger Neathawk, founders of the agency ndp. They’ve provided a home and solid work for over RVA’s communications professionals for 30-years! Quite a feat. All the time, working smartly and humbly on behalf of their clients and the many pro-bono accounts that they’ve focused their energies and expertise toward helping. I’m even more impressed that they’ve brought in some young power-horses to enable the firm to reach new levels of creativity and expertise – serving their clients even more strongly in these days of rapid change as the “Creative Class” and… Read more »