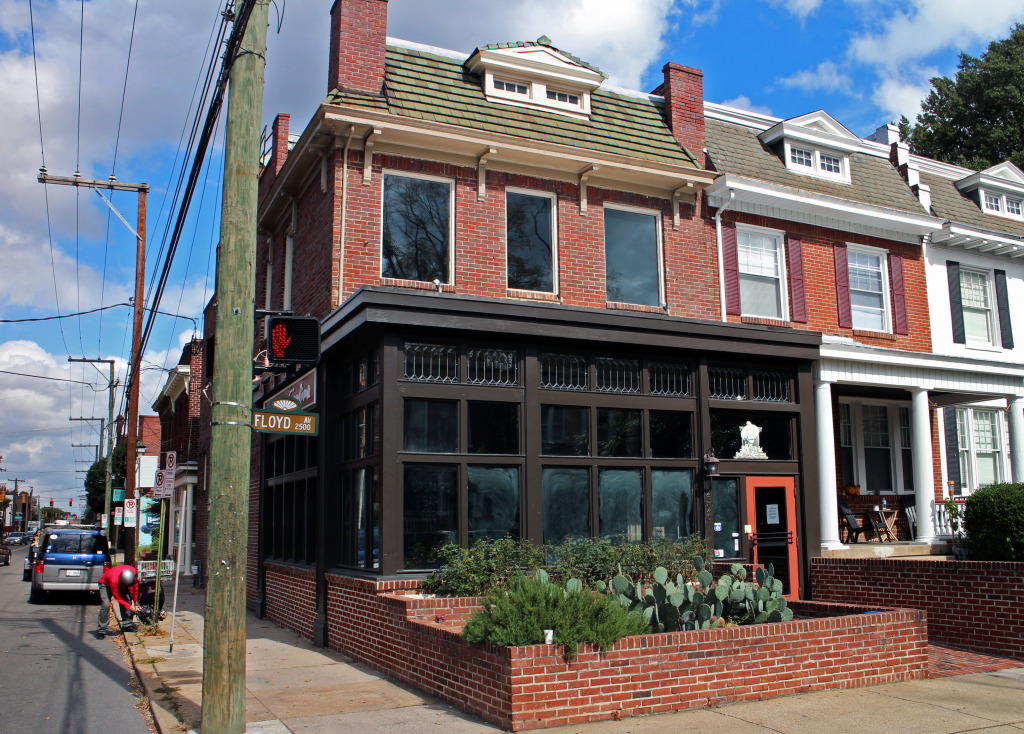 The former Jorge’s Cantina space, in a photo shortly after it closed. Photos by Michael Thompson.

A long-time restaurateur is keeping busy growing a local food empire, with plans to distribute his own barbecue sauce and open a new eatery in the Fan – all while eyeing Varina for a future restaurant venture.

Chef Michael Hall plans to open Spoonbread Bistro at 2526 Floyd Ave. near the intersection of Floyd and Robinson streets, sometime in July or August.

The restaurant will fill the confines of the now-defunct Jorge’s Cantina, which faced eviction from the location in 2014. 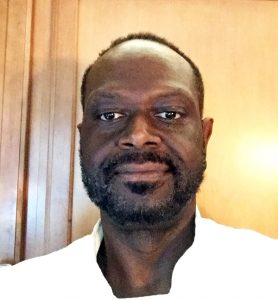 “I wanted to be in a more established neighborhood,” Hall said. “The Fan District is well-known and gives us what we’re looking for.”

Hall ran his first restaurant – The Vine – in the Sixth Street Marketplace. He’s also the former owner of M Bistro and Wine Bar, which was just over the Henrico border in Rocketts Landing, and the former chef at 2300 Club in Church Hill.

Hall said the menu at Spoonbread Bistro will be a fusion of popular southern cuisines and French dishes.

“I’m from Richmond, so I plan to have a number of southern dishes that people will be familiar with,” Hall said. “Crab cakes, sea bass…along with sweet potatoes and grits, and shrimp-and-grit dishes.”

Crews with Richmond-based Bockelman Inc. are already getting the space ready for its debut, updating seating, lighting, kitchen equipment and landscaping – a process Hall said could take six weeks. He added the site should have ample parking for guests, emphasizing the restaurant has secured 23 parking spots at the Retreat Doctors Hospital parking lot across Robinson Street.

“Parking was a concern,” Hall said of the location. “But we were able to secure these spots at the hospital…I feel that is going to help.”

Meanwhile, work is also underway next door on Hall’s Coffee Alley – another business that could double as a marketplace and coffee-and-pastry spot, Hall said.

“We plan to add some outdoor seating and make it artsy,” Hall said. “It will be right next door to the Spoonbread Bistro.”

Spoonbread Bistro may be the beginning of a fruitful summer for the Richmond native.

With the help of Virginia Beach-based Ashburn Sauce, Hall is working on mass producing and selling his Chef Michael’s Sweet Potato Chipotle Barbecue Sauce, which will be on the shelves at Farm Fresh stores by the end of the month.

The barbecue sauce will be distributed by Ashland-based Virginia Hermitage Food Inc., Hall said, adding that the distribution agreement could also land the sauce in Wal-Mart and Giant grocery stores.

And pending the success of his latest venture in the Fan, Hall has his eyes set on another venture – albeit in the exurbs of metro Richmond: Varina.

While Hall was careful not to discuss specifics regarding a possible venture in Varina, he said the Henrico County district could bode well for his flare of southern and European cooking.

“We’re waiting to see,” Hall said of his next restaurant. “But Varina seems like an area I would like to expand into.”

Chef Hall was great to work with, and we’re excited to see him bring this space back to life! For the record, Richard Holden of Holden Realty represented the landlord on the deal and manages the property. We couldn’t have done this without him!

Congratulations to Chef Hall. He is a most talented chef and a great host. I first met him when he was the chef at The Bull & Bear and followed him to dine at his M Bistro location. We look forward to the opening of his Spoonbread Bistro and renew our acquaintances as well as enjoy his talented creations.

Michael, We are so happy to hear about your new restaurant in the Fan. We will be keeping an eye open for the grand opening, CONGRATULATIONS! See you soon. The Stanton’s, Maryann, Pat and Elaine