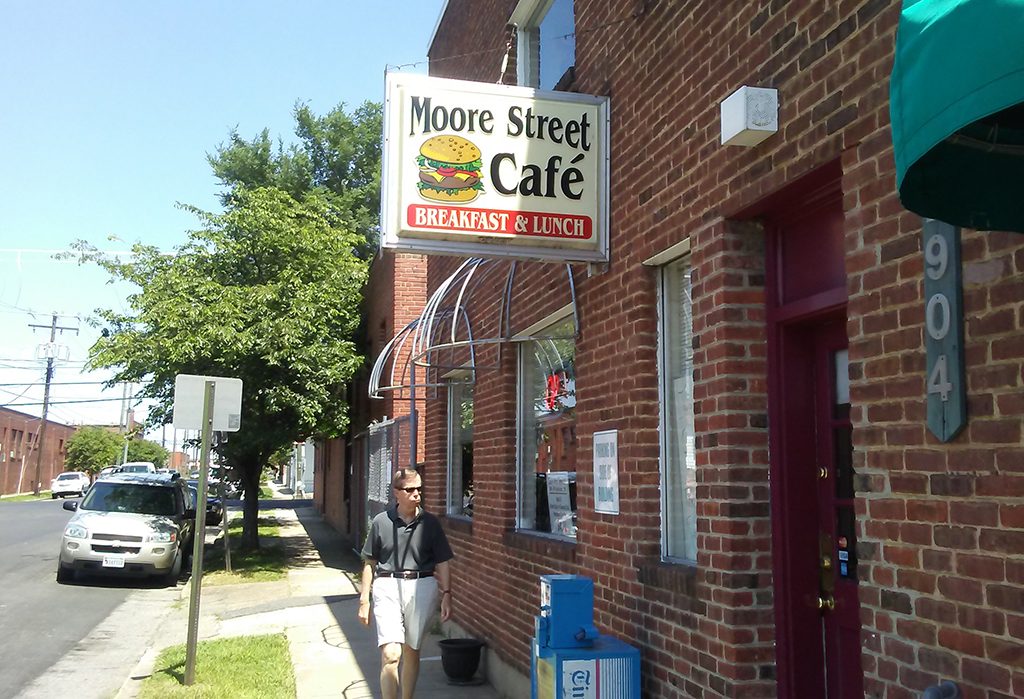 A duo of former Tobacco Company bartenders are now owners of a Scott’s Addition restaurant.

Amy Quidley and Charlie Hughes purchased Moore Street Café at 2904 Moore St. on May 24 for an undisclosed amount.

The café has served as a mainstay in the Scott’s Addition neighborhood for decades. Its space has housed a restaurant since it was carved out of a warehouse in 1929. The site is also listed on the National Register of Historic Places.

Jason Savedoff, principal owner and broker of Richmond-based RVA Advisors, executed the restaurant transaction, which all started from a posting on Craigslist, Quidley said.

“We saw the ad and we thought it would be a good investment,” Quidley said. “Now we own the restaurant.”

The two new owners are familiar with the Richmond hospitality and restaurant scene.

Both Quidley and Hughes worked at the Tobacco Company for 15 and 17 years, respectively, as bartenders. Living out their dreams to own a restaurant, the two decided to move quickly on the turn-key operation.

“We had so much encouragement from people, and this is something that we wanted to do,” Quidley said. “It was a perfect fit.”

With the exception of some painting and a few other cosmetic improvements, Quidley said to not expect much to change – especially the menu, which is chock full of southern comfort favorites such as crab cake sandwiches, meatloaf, biscuits and gravy, and pancakes.

“There’s no need to change the menu,” Quidley said.

Both owners are looking for ways to grow income at the eatery, which employs about five workers. To achieve that goal, Quidley said they are applying for an alcohol license through the Virginia Department of Alcoholic Beverage Control. She added the restaurant may also include dinner hours.

The Scott’s Addition neighborhood is quickly transforming into a Richmond destination, with many of the old warehouses and vacant lots being redeveloped and developed into apartments, restaurants, breweries, and office and retail spaces.

That growth has not gone unnoticed by Quidley and Hughes, who said that was part of the reason they wanted to purchase the restaurant.

“There’s so much going on in the area,” Hughes said. “This neighborhood is changing very quickly, and being here is going to be good for us.”

Hey there. Just wanted to point out that we actually open at 8am on Saturdays!! Come see us!!