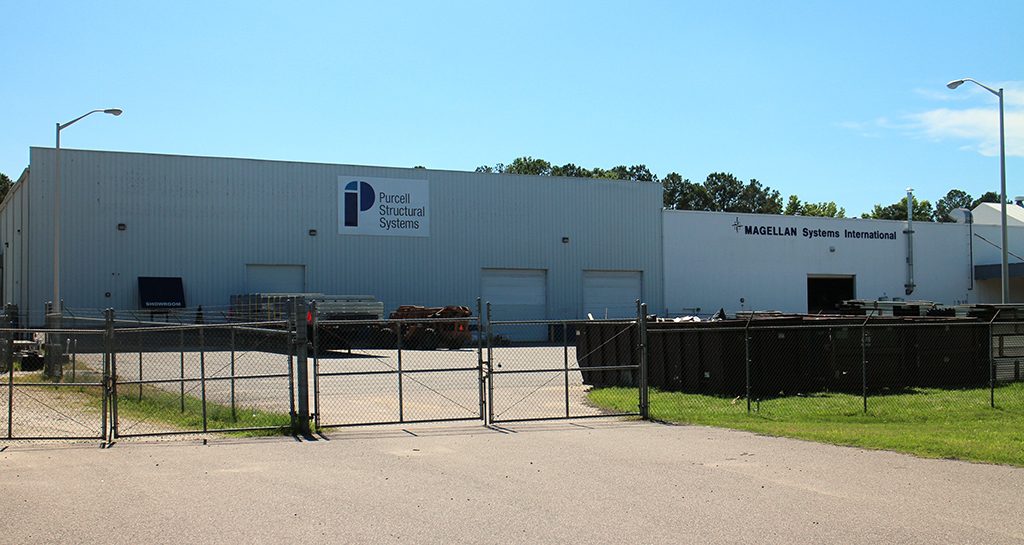 Fajon took over the building that was previously occupied by Magellan System. Photo by Michael Thompson.

For its first foothold on the East Coast, an Arizona-based manufacturer has landed in Chesterfield County.

“Richmond proved to be the best option available because of the availability of similar industries to ours,” Booden said. “It’s fairly centrally located from an interstate perspective. It has great port access, which I hope to utilize.”

Booden described Fajon as a small, independent company that repairs and manufactures replacement parts for pumps, compressors and turbines. Some examples of the parts Fajon makes are gaskets, nozzles, and valve covers. Booden’s stepfather, John Farrell, launched the company that would lead to Fajon’s forming in 1983. Booden took over the business in 1998 after Farrell passed in 1996.

Booden said Fajon works with mostly U.S.-based institutional refineries and independent utility companies like Duke Energy. He said Fajon will be fully operational by September. He wouldn’t discuss how much it cost to move to Richmond.

Fajon will use the Chesterfield site to do repairs and manufacture renewal parts. Fajon has 20 full-time employees at its Arizona site. It will look to hire between 25 and 30 workers for its Richmond facility. Booden, a Williamsburg resident, said he has hired a manager to lead the Richmond expansion.

“I think there are better market opportunities on this side of the country,” Booden said. “I like the infrastructure that’s available in the area.”

Glad to see it.