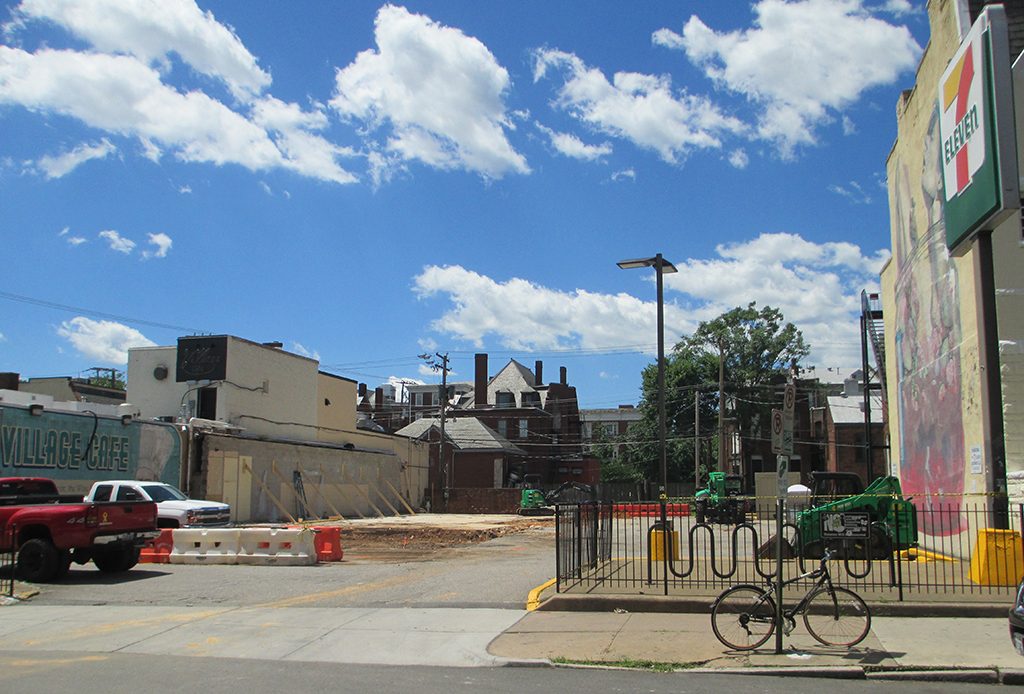 The open lot left by the old 7-Eleven will soon be replaced by a newly built store. Photo by Jonathan Spiers.

Another building has vanished from the VCU stretch of West Grace Street.

Just weeks after the shuttered Sahara restaurant was razed, the 7-Eleven store at 1003 W. Grace St., near the intersection of Grace and Harrison streets, has likewise been demolished.

But unlike the Sahara site, which VCU plans to keep as open space, the 7-Eleven will be replaced – with another 7-Eleven.

A newer and slightly reconfigured store will be built there this summer and open by mid-August, according to Adil Saltani, a development project manager with the convenience store chain.

The new building will include a 20-foot addition along Grace but otherwise maintain the same layout, Saltani said. Totaling 3,800 square feet, the building will feature a bigger storefront with canopy, a brick veneer finish and new signage.

“The front façade is the same, but it’s better,” he said. “It’ll be a completely different look.”

Saltani valued the project at $1.2 million. Texas-based Vertical Construction Management is building the new store, and Alabama-based Hudson Company is the general contractor.