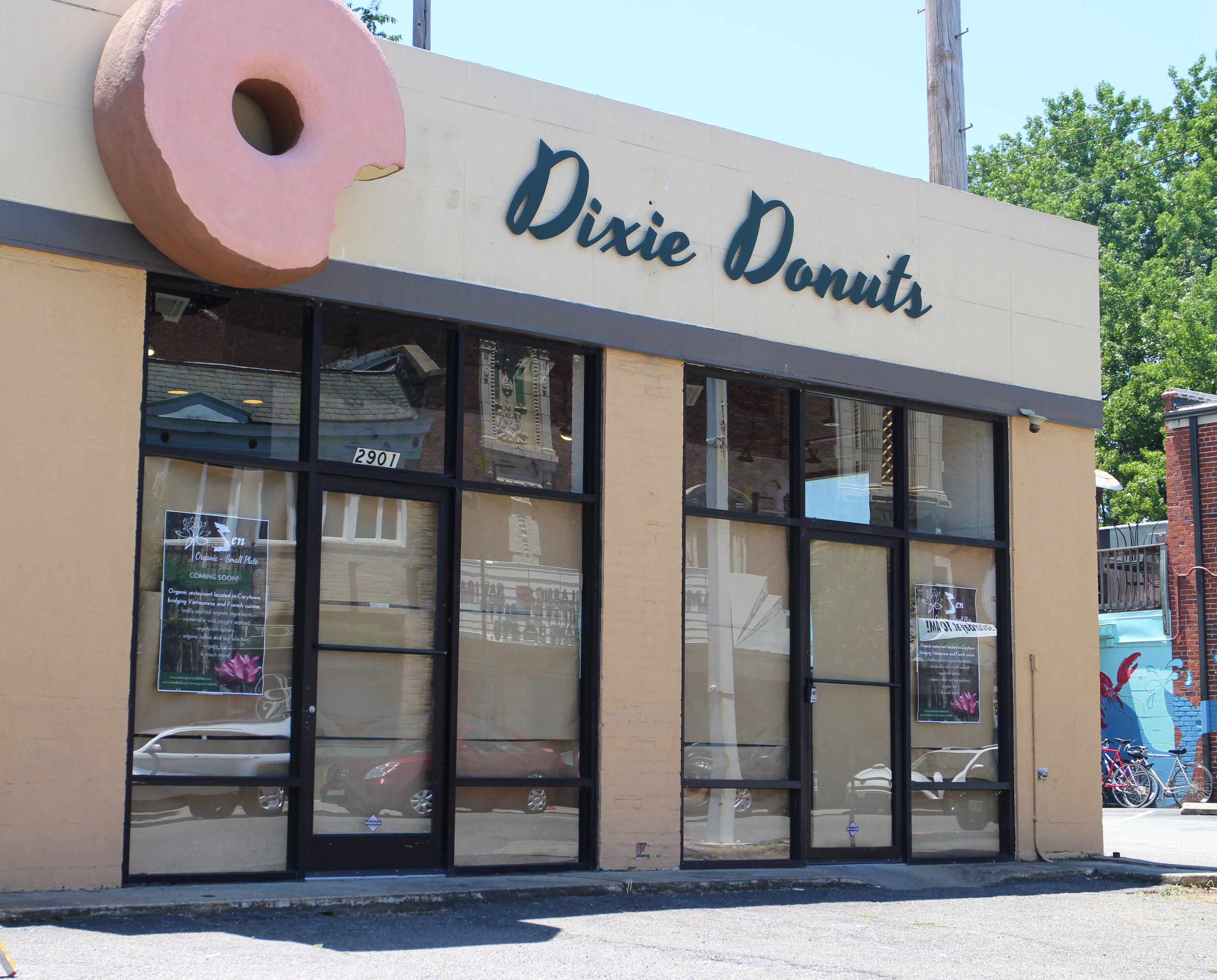 Dixie’s big, pink donut is coming down to make room for a new Vietnamese eatery. Photo by J. Elias O’Neal.

A hole left in the Carytown food scene is set to be filled by a new restaurant.

The former Dixie Donuts shop at 2901 W. Cary St. is being converted into the neighborhood’s newest Vietnamese restaurant.

Sen Organic-Small Plate plans to open this summer in the 1,345-square-foot space, which was left vacant when Dixie shut down on Valentine’s Day after a four-year run.

Speaking on behalf of Pham Wednesday, Priddy said the restaurant is targeting a late August to early September opening.

Dominion Construction Partners kicked off renovations last week. Total investment into the property, as well as renderings for the new space, have not been released pending city permit approval.

Priddy said Pham hopes to incorporate Vietnamese and French dishes. Pastries and breads would comprise most of the French dishes, while Vietnamese selections would be traditional favorites, such as pho noodles and rice-based cuisines, along with new dishes inspired by Pham.

“[Pham] has learned the many Vietnamese dishes that have been passed down from her grandmother and other relatives,” Priddy said.

But when Sen’s opens, don’t expect exorbitant piles of food.

Priddy said Pham plans to introduce a small plate concept at Sen’s, allowing customers to try multiple dishes in one sitting. The restaurant also will feature a deposit for reusable containers – allowing repeat customers to leave their containers at the eatery for leftovers or pick-up orders.

“She wants people to try different dishes and enjoy their food experience,” Priddy said. “Having the small plates will cut down on waste, and, we hope, will change their overall experience.”

As for the oversized, sun-faded pink pastel donut that graces the front façade of the building, Priddy said the piece will be removed, as new colors and improvements to the structure move forward.

“The donut will be retiring,” she said.